Please ensure Javascript is enabled for purposes of website accessibility
Log In Help Join The Motley Fool
Free Article Join Over 1 Million Premium Members And Get More In-Depth Stock Guidance and Research
By Leo Sun - Feb 12, 2018 at 9:45AM

Intel (INTC -2.86%) is developing Vaunt, a pair of prototype smartglasses that looks indistinguishable from regular glasses.

A low-powered laser that sits in the right stem of the glasses projects a small image onto a holographic reflector on the right lens. That image is reflected back into the user's eye. The other electronic components, which are housed in the right stem, act as a counterweight. Bouncing lasers into your eye might sound risky, but Intel notes that the lasers are low-power "class one" lasers, which are safe for human eyes. 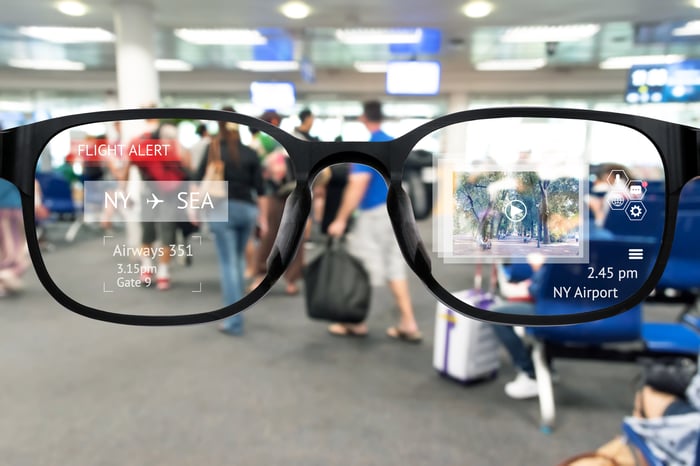 Vaunt is tethered to a smartphone via a Bluetooth connection, uses motion sensors to detect movements and gestures, and runs apps with an integrated app processor. The prototype models lack microphones, but Intel could install them in future models to let users interact with virtual assistants according to The Verge's Dieter Bohn.

The device lacks a camera, physical buttons, a glowing LCD screen, and an extended arm in front of the lens -- all features which arguably made Alphabet's (GOOG -0.27%) (GOOGL -0.21%) Google Glass creepy and socially awkward. So will Intel's Vaunt succeed where Google Glass and other smartglasses failed?

Why Vaunt could succeed where other smartglasses failed

The original Google Glass was introduced in 2013 in a limited launch, sold to the public in 2014, and discontinued in 2015. It failed for three simple reasons: it looked awkward, the camera made people uncomfortable, and its price tag of $1,500 was too high.

Google tried to make Glass more fashionable by hiring designer Diane von Furstenberg to create new frames, but that eleventh-hour effort fizzled out. Google launched a second-generation Glass for enterprise users last year, but it simply added a longer-lasting battery, faster chips, and a red light indicating when videos were being recorded instead of addressing the social flaws of the original. 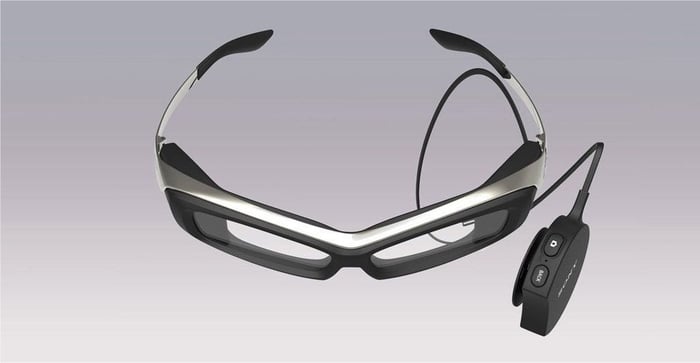 Other companies also struggled to find a market for their smartglasses. Sony's (SONY -0.11%) SmartEyeglass, which also targeted enterprise users, were bulkier than Glass and were tethered to a wired, hockey puck-sized controller. Most reviewers complained that the device was awkward and cumbersome, with TechRadar's Gareth Beavis calling it "too large to be conventional."

Back in late 2016, Snap (SNAP 0.30%) seemingly carved out a hot niche in the smartglasses market with Spectacles, a $130 pair of augmented reality glasses which sent short videos to Snapchat.

However, the hype quickly faded, causing Snap to take a $40 million writedown on unsold inventories and cancellations last quarter. The Spectacles failed because they were considered a marketing-driven fad, thanks to the company's ephemeral vending machines, instead of a sustainable product line.

What Vaunt means for Intel

Other companies might follow Intel's example, license the technology, or buy the modules for their own designs. Intel isn't manufacturing the Vaunt in-house -- the prototypes were manufactured through a contract with Taiwanese device maker Quanta Computer.

Intel doesn't disclose the revenues from its AR business, which is tucked into its New Devices Group (NDG). However, it reportedly wants to sell a majority stake in the AR unit, which it values at up to $350 million, to reduce the bottom line impact to its core businesses. 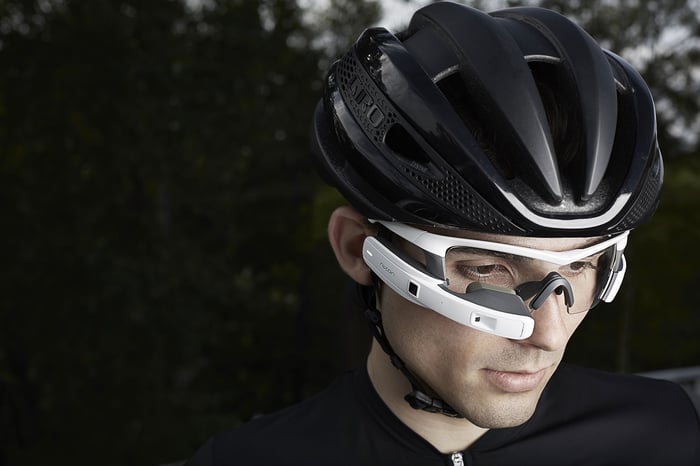 Intel's AR team has about 200 employees, some of which joined the company after its acquisition of AR glasses maker Recon in 2015. Recon's bulky and pricey smartglasses flopped for similar reasons as Google Glass and Sony's SmartEyeglass, and Intel shuttered the unit last year.

Therefore, the development of Vaunt and the discussions on a potential sale indicate that Intel is now taking a less aggressive and more design-focused approach to the AR market.

Speaking to The Verge, Intel's NDG product chief Itai Vonshak stated that Vaunt was an example of AR glasses with "zero social cost." It's unclear if the device can succeed where Google Glass and other smartglasses failed, but it seems like a major step in the right direction.