Please ensure Javascript is enabled for purposes of website accessibility
Log In Help Join The Motley Fool
Free Article Join Over 1 Million Premium Members And Get More In-Depth Stock Guidance and Research
By Rich Smith - Updated Feb 12, 2018 at 11:34AM

Last week was a rough one for Teva Pharmaceutical Industries (TEVA 0.65%) shareholders -- heck, all of last year was pretty rough. Teva stock tumbled 10.6% on Thursday after reporting a 33% decline in earnings per share and promising a dramatic drop in 2018 earnings.

That news capped a year that has seen Teva stock fall 45% in value over the past 12 months, and underperform the S&P 500 by more than 55 percentage points. Yet despite how miserably Teva has fared of late, the lower stock price is enticing one big analyst. 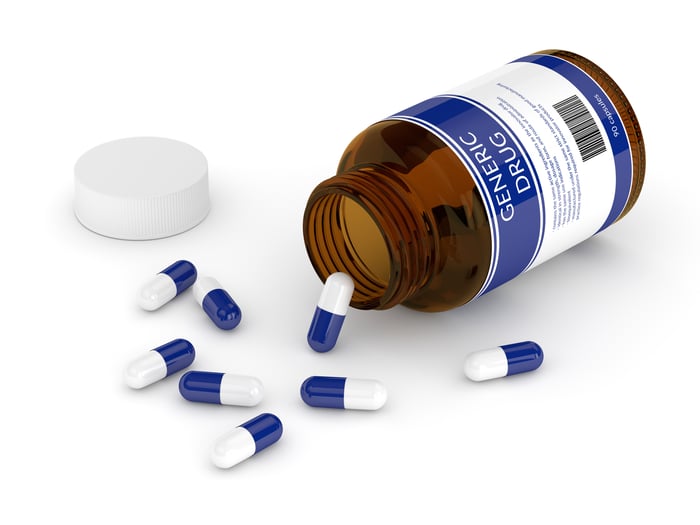 This morning, analysts at Swiss megabanker Credit Suisse announced they are upgrading shares of Teva stock to outperform and raising their price target to $23 per share, as reported this morning on StreetInsider.com (subscription required).

Why upgrade Teva now? Late last year, as you may recall, Teva announced a massive restructuring plan that will see the company suspend its dividend and lay off one-quarter of its workers, among other cuts. In total, Teva hopes to slash its annual operating costs by $1.5 billion this year, and double those cost savings next year.

Credit Suisse believes these savings are achievable, and based in part on the company incurring lower costs and earning larger profits in years to come, thinks the time to buy Teva is today. If it's right, then Teva's current share price of $18.61 promises to deliver as much as a 23.5% profit to investors as it moves toward Credit Suisse's target price over the coming year.

What Teva must do

To make that happen, Credit Suisse will want to see Teva deliver on -- or preferably exceed -- its latest guidance for 2018 earnings.

Last week, management told investors they can expect to see Teva do sales of $18.3 billion-$18.8 billion this year, and earn pro forma profits of $2.25-$2.50 per share. In GAAP terms, analysts are looking for that to translate into about $0.83 per share in net profit on the bottom line, according to forecasts collected by S&P Global Market Intelligence.

This reduced guidance came in part in response to the threat of Teva's Copaxone multiple sclerosis drug facing "a second generic Copaxone 40mg" competitor "in coming months," which would sap Teva's sales of the drug. This is one reason Credit Suisse believes that Teva in particular -- and indeed "the US generics industry" at large -- will "face continued challenges in 2018."

And yet, Credit Suisse sees "multiple steps forward" for Teva in 2019 and beyond. Led by a new CEO (Kare Schultz) who "has a positive track record of executing on a turnaround story," Credit Suisse says Teva is showing "early signs of progress." Analysts on average believe that after returning to GAAP profitability this year, Teva will more than double its profits in 2019 (to $1.72 per share, valuing the stock at just under 11 times forward earnings), and then grow steadily thereafter -- up 34% in 2020, 24% in 2021, then trailing off to a less frenetic 11% growth pace in 2022.

The most important thing: Valuing Teva

So is Credit Suisse right? Is Teva a buy?

Assuming management hits its earnings target this year, at its current price, the stock is trading for about 22 times this year's earnings and 11 times next year's earnings. Averaging analysts' projected growth rates over the succeeding three years, Teva looks likely to grow at roughly 23% per year from 2020 on.

Now, 22 times current-year earnings would seem to me a fair price to pay for such growth -- but there's one big caveat. In buying Allergan's generic drug business in 2015, Teva took on a heaping helping of debt, most of which remains on its books to this day. Currently, Teva's balance sheet is burdened by $32.5 billion in debt ($31.5 billion net of cash), which means that debt comprises nearly two-thirds of Teva's current enterprise value.

Looked at another way, it means Teva stock is roughly three times more expensive than its market capitalization alone makes it look. Thus, even if you think Teva is a buy at 22 or even 11 times forward earnings, before investing in the stock, you have to ask yourself if you would still consider Teva a buy at a valuation three times bigger?

If you wouldn't, then you shouldn't buy Teva.