Please ensure Javascript is enabled for purposes of website accessibility
Log In Help Join The Motley Fool
Free Article Join Over 1 Million Premium Members And Get More In-Depth Stock Guidance and Research
By Chris Neiger - Updated Feb 12, 2018 at 9:59AM

Investors were still excited about the company's earnings report from December -- but the party didn't last long.

Shares of Cloudera, Inc. (CLDR) were up 13.3% in January, according to data provided by S&P Global Market Intelligence, as investors continued their optimism for the company after a strong fiscal third-quarter 2018 earnings report in December.

Cloudera's shares have been on a wild ride since the company went public this past April, but investors started believing in this machine-learning and analytics software company when it announced its third-quarter results in December, and the sentiment carried through into January.

Though the company's growing quickly, Cloudera still isn't profitable. Its GAAP loss in the third quarter was $56.6 million, and operating cash flow was negative $2.4 million. 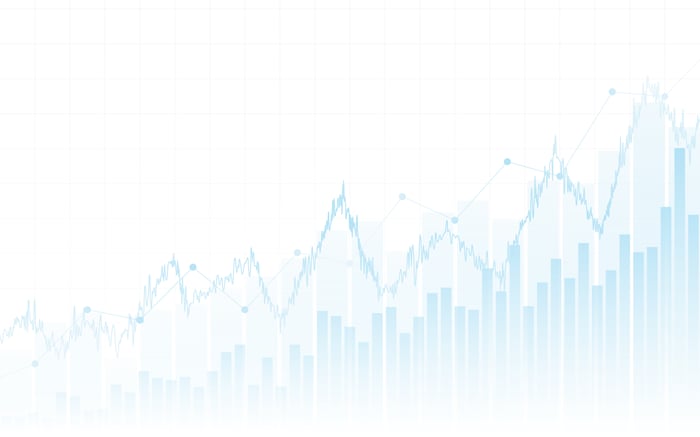 Aside from the strong sales growth in the third quarter, investors may have also been motivated to push up Cloudera's share price after news came out in January that BlackRock, one of the world's largest mutual fund managers, more than doubled its stake in the company. BlackRock owned about 16 million shares of Cloudera at the end of the year, up from seven million previously, according to Barron's.

Unfortunately for Cloudera investors, the good times haven't extended into February. The company's shares have fallen about 9% since the beginning of the month, further proving that this software analytics company is still highly volatile.

Cloudera's management is estimating revenue to increase about 34.5% at the midpoint in the fourth quarter, and for subscription revenue to jump by 44.5%. That would be another strong quarter, to be sure, but investors should keep in mind that if the latest quarter didn't bring some share price stability to the company, then it's unlikely the next will either.