Please ensure Javascript is enabled for purposes of website accessibility
Log In Help Join The Motley Fool
Free Article Join Over 1 Million Premium Members And Get More In-Depth Stock Guidance and Research
By Rich Smith - Feb 12, 2018 at 11:06AM

General Dynamics is paying a steep premium to acquire this new prize.

Shares of government IT specialist CSRA (CSRA), which was formed two years ago from the merger of Computer Sciences' government contracting division with SRA International, are surging this morning in response to news that the company will soon cease to exist -- snapped up by defense-contracting giant General Dynamics (GD 2.65%). 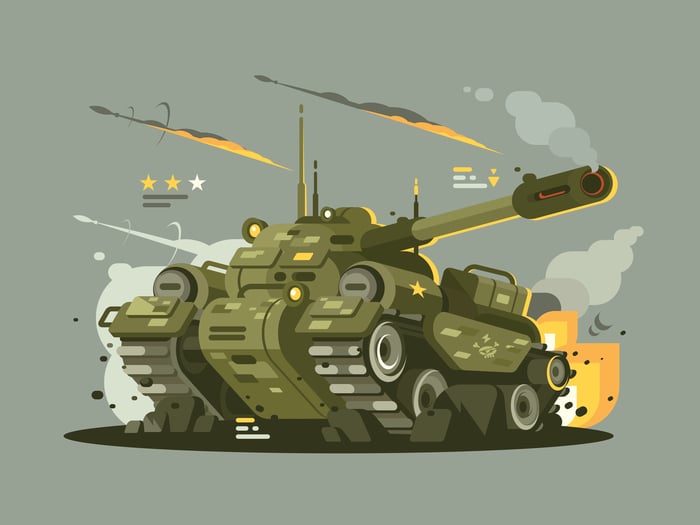 General Dynamics CEO Phebe Novakovic is pleased with the deal, calling it "a significant strategic step in expanding the capabilities of General Dynamics' own GDIT division, into which CSRA will be merged. Combined, the two IT businesses will generate an annual revenue stream of $9.9 billion for the parent company General Dynamics. Novakovic is predicting that the deal will be accretive to GAAP earnings per share and to free cash flow per share in 2019, and save the two companies about 2%, or $200 million, in "annual pre-tax cost savings" -- also known as "synergies" -- by 2020.

Valuationwise, though, General Dynamics may be overpaying for its new prize. Counting assumed debt as part of the purchase price, it's paying about a 1.9 times multiple to CSRA's $5.1 billion in annual sales. This is slightly cheaper than General Dynamics' own 2.0 profit-to-sales (P/S) ratio. Then again, CSRA sports a worse operating profit margin (12.7% versus GD's 13.5%) and a slower expected growth rate (9.5% versus GD's 11.7%) than the company acquiring it. That's probably one reason why General Dynamics' stock price is going down today and CSRA's is going up.

Another reason: The last time General Dynamics bet big on government IT spending, it ended up costing the company a $2 billion loss -- and cost the GD executive in charge of the acquisitions his job. Here's hoping history doesn't repeat.