Patience isn't just a virtue -- it can also be lucrative.

These companies each bring something unique to the dividend table, and some have higher yields than others, but all of them are solid companies that income investors should consider adding to their portfolio and holding forever. Here's why. 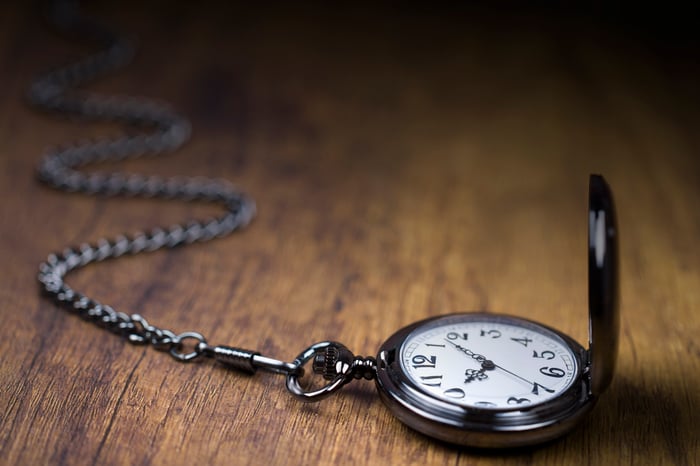 A great income play in a high-potential sector

Neha Chamaria (Welltower): High yields are fine, but a "forever" stock needs to be able to sustain its high yield and back it up with growing earnings and cash flows. That's highly likely if a company operates in a defensive, high-potential industry and, even better, dominates it -- like Welltower, the largest publicly listed healthcare real estate investment trust (REIT) in the U.S. that's currently yielding a hefty 6.3% in dividends.

Over the years, Welltower has been able to grow its net income and funds from operations manifold, partly because of its diversified portfolio, low reliance on revenue from government-run healthcare programs, and the defensive nature of the healthcare business. As a REIT, Welltower buys healthcare properties and leases them out to established healthcare providers in senior housing, post-acute care, and outpatient medical solutions to jointly develop and operate. 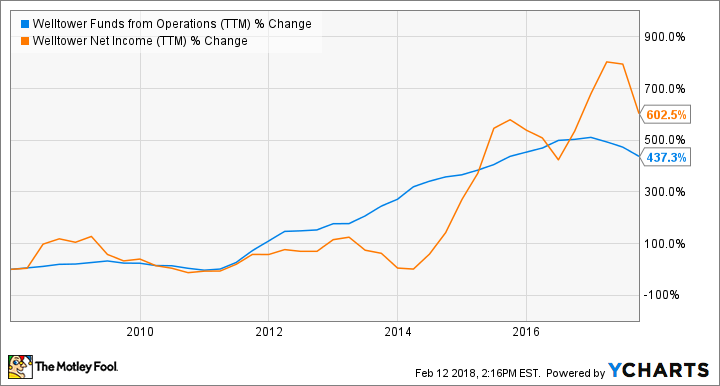 As for dividends, Welltower passes on a major chunk of its taxable income as dividends to shareholders, which is why investors have reaped rich rewards from the stock over the years aside from its high yields: On a total return basis (price appreciation plus dividend), Welltower stock has more than doubled in the past decade. That despite the stock taking a 22% hit in the past six months on fears of rising interest rates.

With the U.S. Census Bureau projecting the 85-plus age group population to double in 20 years, Welltower looks like one great high-yield stock that could fit in your portfolio for decades to come.

An in-demand industry with decades of growth ahead of it

Chuck Saletta (Enbridge): According to the U.S. Energy Information Agency, oil and natural gas demand is expected to remain strong -- and grow overall -- for decades to come. And since those fuels are frequently produced and consumed in very different locations, all of that energy needs to be moved to where it's needed. That's where Enbridge shines. As North America's largest energy infrastructure company, Enbridge is well positioned to move that energy around for decades to come.

Energy pipelines are expensive to build and frequently find themselves in conflict with people who don't want them running through their backyards. Those aspects of their operation make already-built pipelines that much more valuable, as they reduce future competition and give an advantage to established players like Enbridge.

From a dividend perspective, Enbridge currently sports a 6.3% yield, and it expects to be able to increase its dividend by 10% to 12% per year between now and 2024. That gives Enbridge the rare combination of a high current yield and strong expected dividend growth for many years to come. While the next six years doesn't quite get us to "forever," it does provide a great start on a long-term potential dividend holding.

American investors should note that Enbridge is Canadian and pays its dividend in Canadian dollars. As a result, its dividend may fluctuate both up and down in American dollar terms due to currency fluctuations, but over time, investors are still likely to see the benefits of those higher dividends.

A conglomerate with a century of dividend payments

Chris Neiger (3M): I'll admit there are plenty of other dividend stocks with much higher yields than 3M's current 2.4% forward yield. But in my defense (and the company's), you're going to have a heck of time finding a dividend stock that's better to hold on to over the next few decades.

3M not only has 100-year track record of paying a dividend, but it's also increased it for the past 60 consecutive years,. The company has also managed to outpace the overall market over the past five years, with its shares gaining more than 120%, compared to the S&P 500's 75%. Not too shabby for slow-growing industrial conglomerate.

3M said in its recent fourth-quarter report that its sales grew by 9% year over year, to $8 billion (a company record) and that its operating margin came in at a sold 19.4%. Earnings per share took a hit because of the company's one-time tax-related charge from the Tax Cuts and Jobs Act. But if you back out the $762 million charge, EPS grew by 11.7%.

3M's management has guided 5% to 7% sales growth in 2018, which translates to about 3% to 5% at local-currency rates. The company is setting itself up for more innovation in the coming years as well, with 3M projecting it will spend about 6% of its total revenue on R&D expenses next year.

To be sure, you can find many more companies growing faster than 3M. But the company's vast portfolio of 60,000 products (including popular Scotch and Post-It note products) and its commitment to finding new products to add into its arsenal should keep the company humming along for years to come. For investors who want to buy and hold a stock for more than five years -- and reinvest the dividends -- 3M looks like a fantastic forever stock.