Please ensure Javascript is enabled for purposes of website accessibility
Log In Help Join The Motley Fool
Free Article Join Over 1 Million Premium Members And Get More In-Depth Stock Guidance and Research
By Danny Vena - Feb 13, 2018 at 11:21AM

Hasbro passed its longtime rival to take the title of top toy seller. Its performance during the most recent quarter shows how it got there.

It has been an interesting few months for the toy industry. The bankruptcy filing by retailer Toys R Us took center stage last quarter, casting a pall over the proceedings for all the major players. When industry-leading toy maker Hasbro, Inc. (HAS -0.49%) reported its fourth-quarter and full-year 2017 financial results, investors were hoping for some good news, being justifiably concerned about how the fallout would affect the company during the just completed and vitally important holiday season.

While the spillover from the troubles at Toys R Us was evident, the results were not as bad as many feared, and Hasbro investors let out a collective sigh of relief. 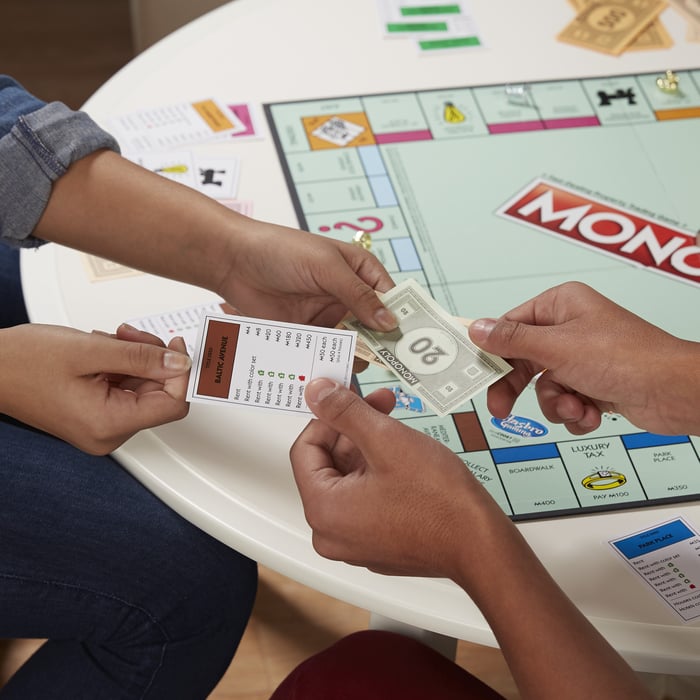 For the just-completed quarter, Hasbro reported revenue of $1.60 billion, a 2% decline year over year. This missed both analysts' consensus estimates of $1.72 billion and Hasbro's own forecast of revenue in a range of $1.70 billion and $1.74 billion.

This might not seem to be a reason to celebrate, but this quarter was all about limiting the damage. To put its results into perspective, rival Mattel, Inc. (MAT -1.77%) experienced a 12% decline in revenue during the same period. Hasbro fared even better for the full year, with revenue of $5.21 billion growing 3.8% year over year. This was also far better than Mattel's full-year revenue decline of 11%.

These results included a one-time charge of $296.5 million related to recently passed U.S. tax legislation. Excluding this from the results produced adjusted net income of $291.2 million and earnings per diluted share of $2.30, up 40% over the prior-year quarter. This exceeded analysts' expectations of $1.81 per share.

The industrywide difficulties during the quarter were apparent across Hasbro's geographic markets, with declines in Europe and Latin America partially offset by gains in its Asia Pacific region. One of the largest declines came from the U.K. as the effects of its exit from the European Union continued to take a toll on that country's economy.

Hasbro saw growth across its franchise brands, which includes Transformers, Nerf, Monopoly, and My Little Pony. Partner brands, including Sesame Street and properties from The Walt Disney Company (NYSE: DIS) including Marvel and Disney Descendants grew, but they were offset by declines in Star Wars and Dreamworks' Trolls.

On the investor conference call to discuss its results, Hasbro CEO Brian Goldner explained that the pent-up demand that accompanied the release of previous Star Wars movies had subsided, and the recent Force Friday had less of an impact than the previous installment. Hasbro is working with Disney to time toy launches to more closely coincide with the release dates of the movies.

Hasbro's performance during 2017 vaulted it into the position of leading toy seller worldwide, exceeding Mattel's annual sales for the first time. It first passed its rivals' quarterly sales last year.

Hasbro announced an increase to its quarterly dividend by 10.5% to $0.63 per share, the 14th increase in 15 years. The dividend will be payable on May 15, to shareholders of record as of May 1.

The ability to successfully navigate challenges is just as important as taking advantage of opportunities, and Hasbro has proven to be fairly adept at both. The company was able to capitalize on the acquisition of the Disney Princess and Frozen lines over the last several years, but it was also able to minimize the damage from the Toys R Us bankruptcy by emphasizing its omni-channel strategy.

Hasbro investors are celebrating -- as well they should.