Corcept Therapeutics stock posted big gains in January, but the cause for celebration proved to be short lived.

Corcept Therapeutics (CORT -3.88%) stock gained 27.4% in January, according to data provided by S&P Global Market Intelligence. The company specializes in researching and creating medications for disorders associated with the steroid hormone cortisol, and indications of strong demand for its Korlym drug (used to treat symptoms associated with Cushing syndrome) and the settlement of an outstanding legal dispute appear to have been the biggest sources of share price gains last month.

In August, Corcept filed a lawsuit against Dohmen Life Sciences, a company that it had contracted for pharmacy services. Corcept's suit sought damages related to a material breach of contract and release from the terms of the deal. In turn, Dohmen withheld roughly $13.2 million that it had collected from the sale of Korlym and filed its own suit claiming that Corcept had illegally terminated the contract and seeking damages and declaratory relief. 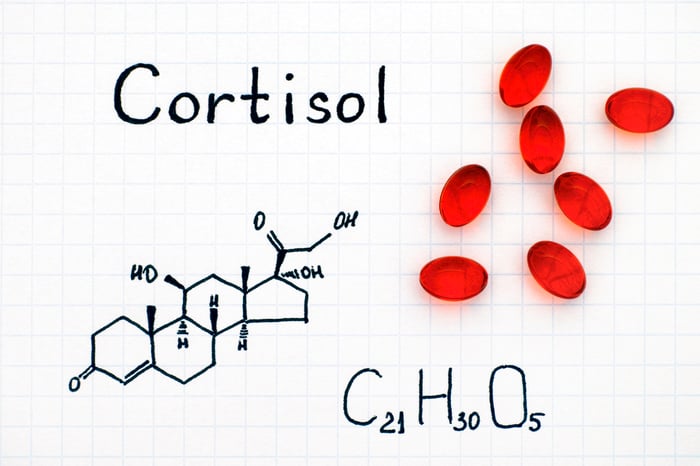 Corcept then published an 8-K report on Jan. 11, outlining that it had reached a settlement with Dohmen. As per the terms laid out in the deal, Dohmen agreed to pay Corcept $12.9 million. For reference, Corcept recorded $42.8 million in revenue and $13.8 million net income in its September-ended quarter, so the settlement represented a significant boon for the company.

Unfortunately for Corcept and its shareholders, the company's big stock gains quickly reversed in February following indications that generic alternatives to Korlym would soon be available. Teva Pharmaceutical Industries (TEVA -5.41%) filed an application for a generic version of the drug on Feb. 5, prompting steep sell-offs for Corcept stock. 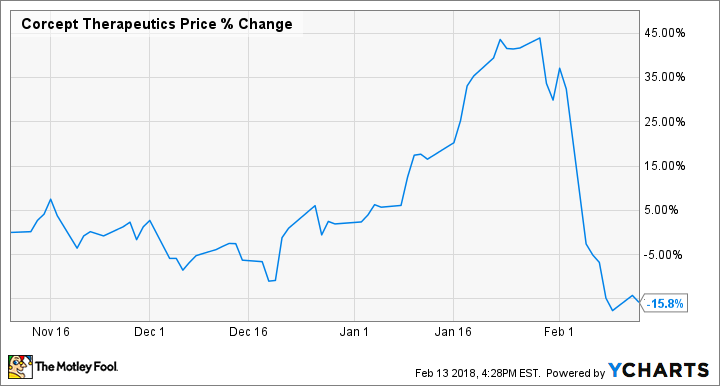 Korlym is currently the only drug that Corcept has on the market, and the unexpected debut of generic alternatives would have a dramatic impact on the company's business. Corcept's management has indicated that it will pursue legal avenues to defend its intellectual property, while Teva maintains that its drug won't infringe on Korlym patents.