Momo (MOMO 4.95%) stock notched a 28.8% increase in January, according to data provided by S&P Global Market Intelligence. The video-based social media company bounced back from a big sell-off in November and appears to have benefited from broader pricing momentum for Chinese tech stocks.

Momo reported third-quarter earnings on Nov. 28, and its share price dipped roughly 30% despite generally favorable results. Shares rebounded roughly 8.5% in December, and pricing gains continued in January despite little in the way of company-specific news. 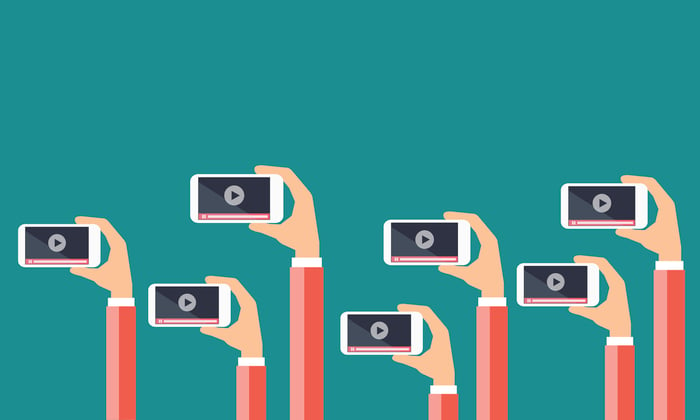 Big sell-offs after strong earnings results is a progression that's recently affected Chinese tech stocks, and share prices have also tended to bounce back on little news. The AlphaShares China Technology Index saw its level rise more than 6% in January, indicating broad momentum for Chinese tech stocks, and investors appear to have poured back into Momo stock to take advantage of its post-earnings sell-off.

Momo is priced at roughly 15 times forward earnings estimates, which looks like an appealing valuation for a fast-growing Chinese tech company. That said, potential investors should proceed with the understanding that there are reasons why shares aren't trading at higher earnings multiples.

The company's sales growth is slowing, and its dependence on a small section of its video-streaming user base for the large majority of its sales presents a substantial risk factor in the face of more resource-rich competitors like Tencent Holdings, Alibaba, and Weibo. The potential for further regulatory action from the Chinese government in the video-streaming market is another threat to keep in mind.

On the other hand, Momo has indicated that its slowing user base and revenue growth are at least partially related to shifting its marketing and user-acquisition strategies, and the broader Chinese social media industry has a range of long-term growth drivers working in its favor. Momo stock probably isn't the low-risk, high-reward opportunity implied by its P/E ratios and recent sales and earnings growth, but the potential upside makes it a worthwhile investment at current prices.