Find out how the online travel specialist managed to deliver a solid report.

The online travel industry is constantly changing, and TripAdvisor (TRIP -3.54%) has found itself at the center of speculation of various types. Some have noted that TripAdvisor's business hasn't performed as well as many had hoped, especially as the company has made an internal transformation toward offering direct booking services rather than simply offering referrals to peers in the industry. Others see the company as a logical takeover candidate, especially as larger players in the space look to grab up valuable assets to maintain and build upon their competitive advantages.

Coming into Wednesday's fourth-quarter financial report, TripAdvisor investors were prepared for falling earnings and expected sales to decline as well. Instead, the company managed to boost its top line, and even though net income trends weren't ideal, investors seemed optimistic about the outlook for 2018. Let's take a closer look at TripAdvisor and what its latest results say about its future. 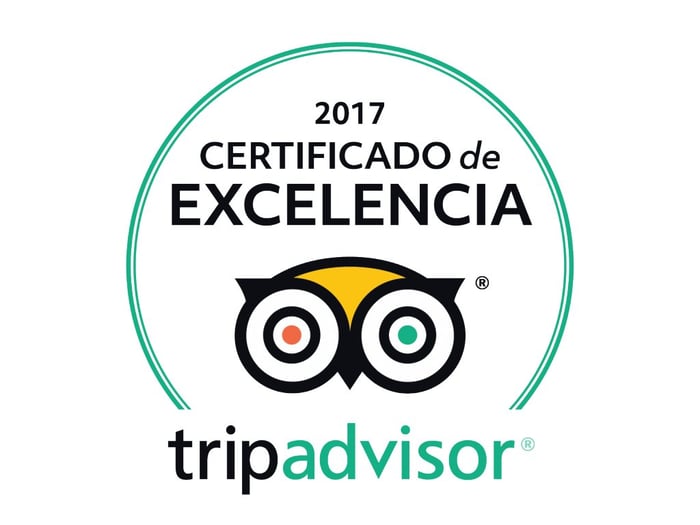 TripAdvisor's fourth-quarter results were mixed. Revenue was up 2% to $321 million, defying calls for a 1% drop on the top line. Adjusted net income got cut by 65% to $8 million, however, and the resulting $0.06 per share in adjusted earnings was well below the consensus forecast among those following the stock for $0.14 per share.

Tax reform had a significant impact on TripAdvisor's results. The company said that it had to take a $73 million provision for income tax, mostly to deal with the transition tax resulting from deemed repatriation of cash from foreign operations. At the same time, though, the repatriated cash helped TripAdvisor pay down a credit facility, improving its balance sheet health.

Once again, TripAdvisor's strength came from outside its core hotel-based business. Non-hotel revenue was up 20% from year-ago levels, and the segment managed to eliminate a year-earlier loss to break even for the period. Attractions and restaurants continued to drive performance for the segment.

The hotel segment didn't do nearly as well for TripAdvisor. Display ads and subscription revenue was up 12% from year-earlier levels, but an 11% drop in click-based and transaction revenue had a bigger downward impact on segment sales. Adjusted pre-tax operating income for the hotel segment was down 5% in the past year, and TripAdvisor said that it had taken steps to prioritize preserving profits over growing revenue.

Internal operational numbers remained largely favorable. Average monthly unique hotel shoppers were up 3% in the quarter to 123 million, while unique visitors on the company's branded websites were higher by a more impressive 17% to 381 million. Reviews and opinions hit the 600 million mark, with 1.2 million hotels and other lodgings, 750,000 vacation rentals, 4.6 million restaurants, and 915,000 attractions. Geographically, numbers remained relatively constant, with the U.S. market still making up about 55% of overall revenue, with Europe getting just over a quarter and the rest of the world splitting the remainder.

CEO Steve Kaufer focused on the future. "Continued product enhancements," Kaufer said, "as well as strong content, community, and supply growth, nicely position the TripAdvisor platform in front of long-term growth opportunities." He also pointed to the progress the company has made on key initiatives.

TripAdvisor is also optimistic about the future. As Kaufer sees it, "We will continue to improve the traveler experience, helping more users in more moments throughout the travel journey. We will find new ways to help travel partners get more visibility in front of our massive global audience."

In its outlook for 2018, TripAdvisor predicts non-hotel revenue growth should remain strong, and although less hotel revenue will come in during the first half of the year, lower selling and marketing costs should help offset the impact on the bottom line. Overall, TripAdvisor thinks that it can prevent any deterioration in companywide adjusted pre-tax operating earnings in 2018 compared to 2017 levels.

TripAdvisor shareholders saw that as a win, and the stock surged 17% higher in after-hours trading following the announcement. Competition in the online travel industry will remain challenging, but TripAdvisor has shown that it has what it takes to fight back against rivals and build its business going forward.