Company shares continued an impressive ascent -- but have headed in the opposite direction in the current month.

PayPal stock rose during the month of January as investors eagerly anticipated its fourth-quarter 2017 earnings report, which was released after the markets closed on Jan. 31. PayPal had previously rewarded shareholders with a string of impressive earnings results, typically highlighted by double-digit expansion in total payment volume (TPV), a key growth metric which measures the total dollar volume transacted over PayPal's platform in a given quarter. As a result, PayPal's stock had already soared 87% in 2017. 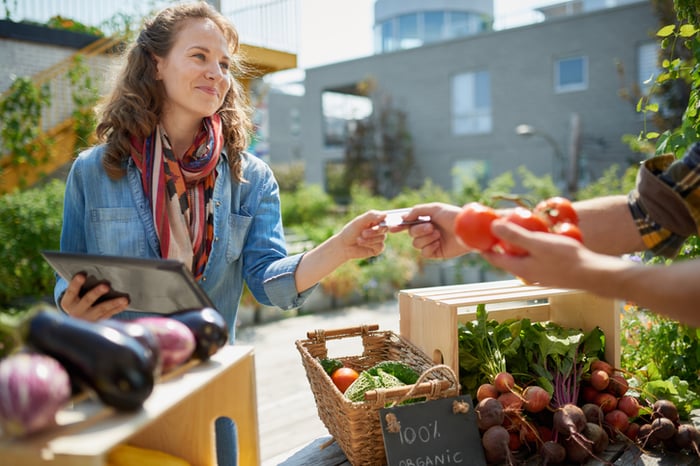 The fourth-quarter earnings report might well have pushed PayPal's stock higher, but for the news that former parent eBay (EBAY -3.53%) has decided to jettison PayPal as the merchant of record on its account after the current agreement between the two companies expires in mid-2020.

While its contribution to PayPal's business is gradually being reduced, eBay still accounts for roughly 13% of PayPal's overall TPV. During the company's earnings conference call, management attempted to assuage shareholders' concerns by pointing out that PayPal will remain as a checkout option on eBay's site through at least 2023. Executives also asserted that PayPal's torrid growth can more than make up for lost eBay revenue over the next five years.

Nonetheless, investors were rattled by the announcement, and also appeared to have some misgivings over eBay's decision to use a competing payments platform offered by privately held European transactions specialist Adyen once the current agreement expires. PayPal quickly began giving back its January gains in the very next trading session on Feb. 1, though the stock has recovered slightly to date: 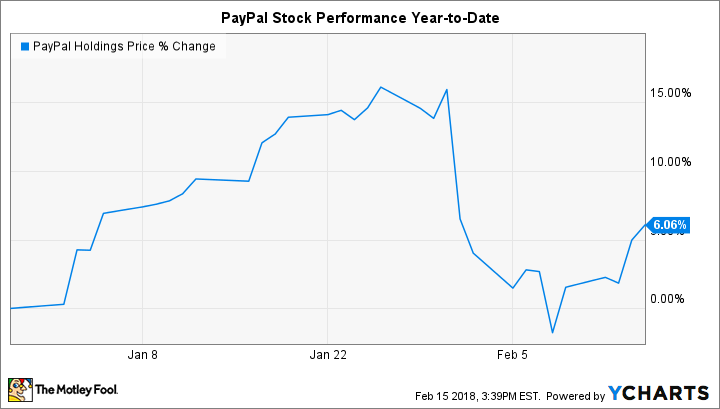 The fundamentals behind PayPal's business really haven't changed. The organization's revenue advanced by nearly 26% last quarter, and earnings per share jumped by 56%. Growth opportunities abound, most notably within PayPal's virally popular social payments app Venmo, which is starting to be monetized. February's swoon may reflect some convenient profit-taking by near-term investors.

For those who are holding PayPal for the long term, I described the impending eBay separation and its ramifications in a recent earnings recap. These are still quite solid shares to hold in a growth portfolio.