Please ensure Javascript is enabled for purposes of website accessibility
Log In Help Join The Motley Fool
Free Article Join Over 1 Million Premium Members And Get More In-Depth Stock Guidance and Research
By Adam Levy - Feb 15, 2018 at 11:00AM

Susan Wojcicki doesn't think it's prudent to spend billions on content right off the bat.

Both Apple (AAPL 2.45%) and Facebook (META 7.19%) plan to spend as much as $1 billion on video content this year. Apple is looking to support its Apple Music service, which is catching up to Spotify in the U.S., but still lags the leader by a wide margin internationally. Facebook is looking to bolster Watch, its free video platform aimed at competing with YouTube for on-demand streaming.

YouTube is also investing in original video content for its YouTube Red subscription service, which also doubles as a subscription music streaming service like Apple Music. But YouTube has been considerably more conservative with its content spending even though its parent company Alphabet (GOOG 5.20%) (GOOGL 5.11%) has billions of cash to spend if it wants.

"You don't just start the ground running by spending billions of dollars," YouTube CEO Susan Wojcicki said at Code Media Conference. "You have to start with a subscription, a number of users. And then from there, you can build it up."

Are Facebook and Apple making a mistake diving in with billion-dollar video budgets? 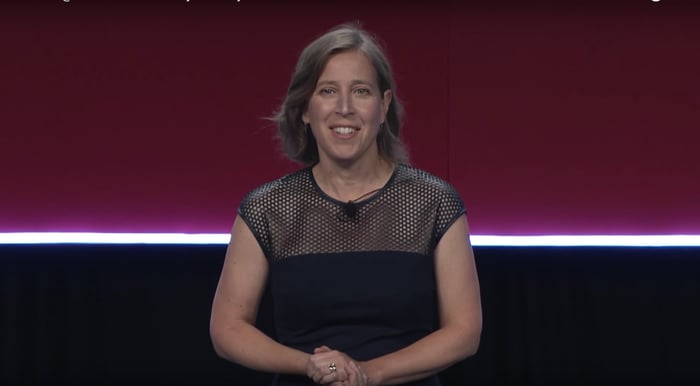 The demand for streaming video has never been higher. The average global internet user streamed 5.75 hours of video per week in 2017. That's up from 4.28 hours per week in 2016, according to a survey from Limelight Networks. Data from Zenith shows similar numbers, and the media agency's research predicts online video viewing climbing to 7.6 hours per week by next year, led by mobile.

YouTube dominates those mobile video hours, with 1.5 billion users spending an average of over an hour per day watching videos on mobile. Subscription video on demand (SVOD) services like Netflix (NFLX 5.03%), Amazon Prime, and Hulu likely hold a significant share as well. Everyone else is competing for those extra few hours that might come in chunks ranging anywhere from 3 minutes to 30 minutes.

The consumer trend is driving huge demand for streaming content. The leaders in the space are spending "lots of billions of dollars," as Wojcicki put it, as content makers charge more and more for premium video.

Netflix will spend between $7.5 billion and $8 billion on a profit-loss basis this year -- more on a cash basis. Amazon spent $4.5 billion last year, according to estimates, and its budget will grow even bigger this year. Hulu is also increasing its investment in content after spending an estimated $2.5 billion last year.

Apple and Facebook see the only way to make an impact in the market is to join in by putting their billions of dollars to work as well.

What about the data?

One of the biggest advantages of streaming video over the internet is it's considerably easier to collect viewer data. Netflix leverages its viewer data to save itself about $1 billion per year. Amazon also has a variety of data -- like what kind of books and media its shopper buy -- which it can use to make decisions on what projects to greenlight.

Wojcicki says, "I think one of the really amazing things about YouTube is the platform and the data that we have. So, we can actually understand how many shows went to completion, how many drove subscription, how many drove engagement." It's not like Apple and Facebook can't get similar data on their platforms just as Netflix and Amazon collect those data on theirs.

But YouTube, Netflix, and Amazon (to a somewhat lesser degree) have a lot more viewer data, which can be used to make their video spending more efficient. While Apple and Facebook have lots of useful data, they're lacking in video viewing expertise of YouTube.