It could be a make-or-break year for Tesla stock.

Tesla's (TSLA 4.53%) 2017 was marked by rapid vehicle sales growth, the launch of the Model 3, and a huge jump in spending. There were other notable items during the year, like the unveiling of the new Tesla Semi and Roadster, but they weren't quite as consequential to the business as the three biggest drivers.

As important as 2017 was for the the electric-car maker, 2018 could prove pivotal for the company's long-term prospects. With Model 3 production finally ramping up and energy storage production expected to increase just as rapidly, Tesla says 2018's revenue growth is "expected to significantly exceed 2017 growth." Perhaps even more ambitious, Tesla expects to achieve some impressive profitability milestones during the year.

Here's what Tesla management is aiming for in 2018. 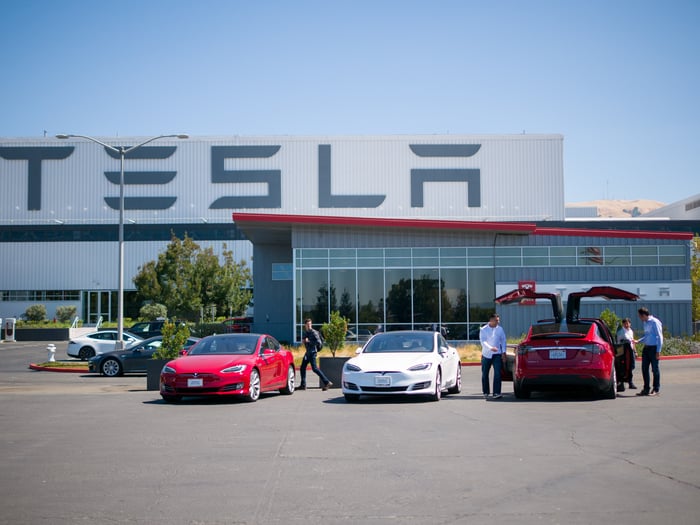 Tesla's biggest test in 2018 will undoubtedly be Model 3 production. After delaying initial production targets twice, Tesla needs to finally start ramping up production of the important vehicle to meaningful levels. With over 400,000 deposit-backed reservations for the vehicle, the stakes are high for Tesla to escalate production as fast as possible.

"Hundreds of thousands" of vehicle deliveries

Though Tesla didn't provide specific guidance for total deliveries in 2018, management did say it expects "hundreds of thousands of people" to switch to a Tesla during the year. This suggests Tesla expects deliveries to at least double. The automaker delivered just over 100,000 vehicles in 2017.

Revenue in Tesla's energy generation and storage business shot up 127% year over year in Q4, driven primarily by growth in deployments of energy storage systems. But Tesla believes this is only the beginning.

"2018 will see major growth in Tesla energy storage deployments, as the production ramp of our storage products is just as steep as with Model 3," Tesla said in its fourth-quarter shareholder letter. "This year, we aim to deploy at least three times the storage capacity we deployed in 2017." 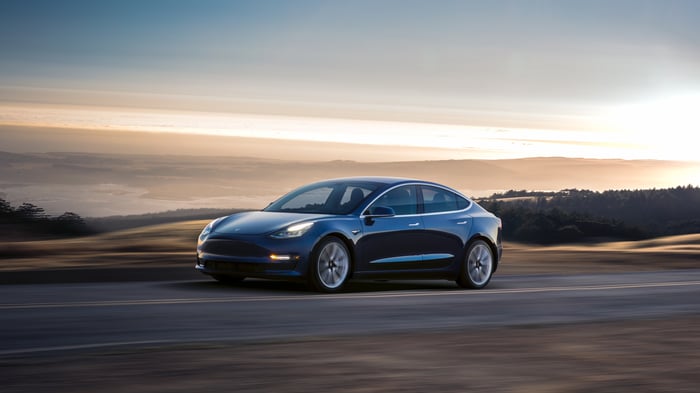 Sustainably positive operating income "at some point in 2018"

Expecting Model 3 to begin contributing positively to Tesla's operations during the year, management looks to generate sustainably positive operating income "at some point in 2018."

Since Q4 marked Tesla's worst quarterly loss ever, investors should keep a close eye on the company's progress on improving profitability throughout the year.

In light of the plans for a rapid ramp-up in vehicle and energy storage production, Tesla's forecast for another year of big capital expenditures didn't come as a surprise. Management estimates 2018 capital spending would be slightly higher than the $3.4 billion the company recorded in 2017 (up from $1.3 billion in 2016).

Tesla promises to increase revenue, production, and profitability exponentially throughout 2018, but there's significant uncertainty as to whether the company will make that happen. If it can hit its ambitious targets for the year, the electric-car maker will have successfully morphed into a mass-market automaker. But if Tesla whiffs on its targets, investors may need to reconsider its stock's high valuation.