The astronomical rise of the GPU specialist's stock has attracted some financial writers who would do well to either sit it out or do more homework.

NVIDIA (NVDA -0.08%) stock has been a huge winner in recent years. Since 2016, shares have returned 640%, versus the S&P 500's nearly 40% return. This exceptional performance has left investors hungry for articles about the fast-growing graphics processing unit (GPU) specialist and artificial intelligence (AI) player, which in turn means that financial writers are coming out of the woodwork to meet this demand.

If said woodwork was filled only with folks who were both capable of grasping meaty tech topics and willing to do adequate homework before gracing the digital world with their words and analysis, this en masse emergence wouldn't be an issue. Not surprisingly, however, this isn't the case. Certainly, we all make occasional errors, but there's no excuse for getting key things wrong -- at least, repeatedly wrong -- because of doing nil, or considerably inadequate, research.

Here are three things that I've read -- including on some well-regarded sites -- on multiple occasions that are wrong, with at least some of them a sign that you should probably be skeptical about the rest of the content of a particular article. 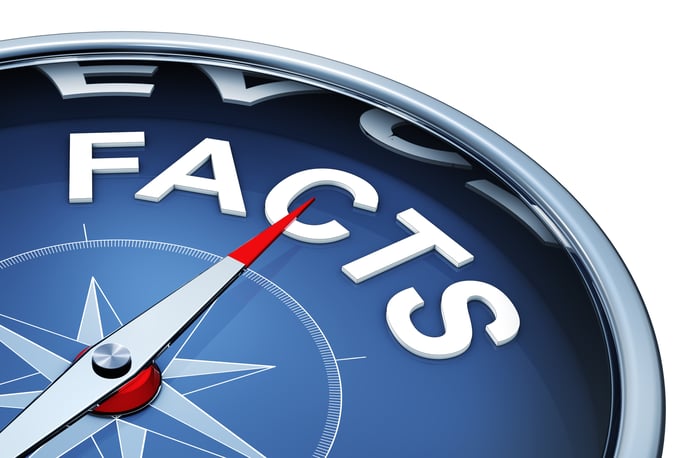 This is a very common and timely error. I think what happens here is that some writers see mention that "NVIDIA is a cryptocurrency play" (which is true), do no digging, and make the inaccurate leap to "NVIDIA is a bitcoin play," because bitcoin is the best-known digital currency as a result of being the oldest and largest crypto, by market cap.

The accurate information: NVIDIA's GPUs are generally considered ideal for "mining," or generating, emerging cryptocurrencies that require mining. (This still includes Ethereum, the second largest crypto, as well as some other smaller digital currencies.) Once such a digital currency gets large enough, however, someone will build an application-specific integrated circuit (ASIC) to mine it, and others will increasingly follow suit, making a GPU a second-rate tool for mining that particular cryptocurrency. This scenario happened to bitcoin, and it will eventually happen to other cryptocurrencies if they continue to increase in value and maintain the need to be mined. NVIDIA CEO Jensen Huang covered this information in detail on at least one of the company's quarterly earnings calls in fiscal 2018, so it's not hard to find. A quick internet search also does the trick.

I've seen some articles that provide an exact quantification of NVIDIA's cryptocurrency business in terms of the dollar amount of revenue generated in a particular quarter or other time period, and/or the percentage of total revenue that crypto sales comprised. 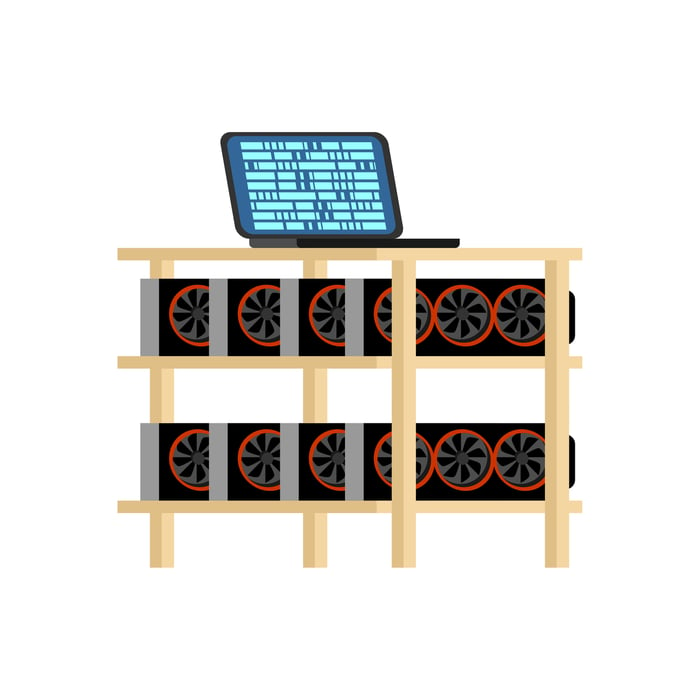 The accurate information: The company itself can't provide an exact quantification because it has no way of knowing how many consumers are buying its GeForce gaming cards to use for mining digital currencies. The revenue numbers that CFO Colette Kress provided on the Q2 and Q3 calls (she didn't provide a number on the Q4 call) are only for sales of the company's application-specific boards. In Q2 and Q3, sales of these application-specific products accounted for 6.7% and 2.7%, respectively, of NVIDIA's total revenue. So any writer who is using these numbers to provide an exact quantification is understating the size of NVIDIA's cryptocurrency business.

I've read multiple articles that equate NVIDIA's entire data-center business to an artificial intelligence business. This error matters because it leads investors to believe that NVIDIA's AI business is bigger -- probably considerably bigger -- than it actually is.

The accurate information: AI is a huge growth driver for NVIDIA's fast-growing data-center platform, which is the company's largest platform by revenue behind gaming. However, AI is not the only growth driver for this platform. Accurate information is easily obtained: At the beginning of every quarterly earnings call, Kress outlines the growth drivers for each of the company's four target market platforms, and oftentimes Huang expounds on this information in the question-and-answer session that follows management's opening remarks. Along with AI, the data-center growth drivers have typically been high-performance computing (HPC) and virtualized computing. (The latter refers to creating and using virtual versions of a computing device or resource.) Kress did say on the Q4 earnings call that NVIDIA is "starting to see the convergence of HPC and AI," but these are still largely two different things.