Please ensure Javascript is enabled for purposes of website accessibility
Log In Help Join The Motley Fool
Free Article Join Over 1 Million Premium Members And Get More In-Depth Stock Guidance and Research
By Rich Duprey - Updated Feb 21, 2018 at 8:30AM

These companies have been flying high, but could be set to experience a sudden loss of altitude.

Sometimes, the bigger they are, the harder they fall, and the faster they rise, the more abrupt will be their downfall. Whether it's Icarus flying too close to the sun or a stock getting ahead of itself, the results are often the same. And it's not pretty. Investors should always be on the lookout for such situations.

Below are three stocks that are currently riding very high, but exhibit signs they may be due for a fall. Read on to discover why Canada Goose (GOOS -3.43%), Darden Restaurants (DRI -1.14%), and Wingstop (WING -3.52%) may soon be singed. 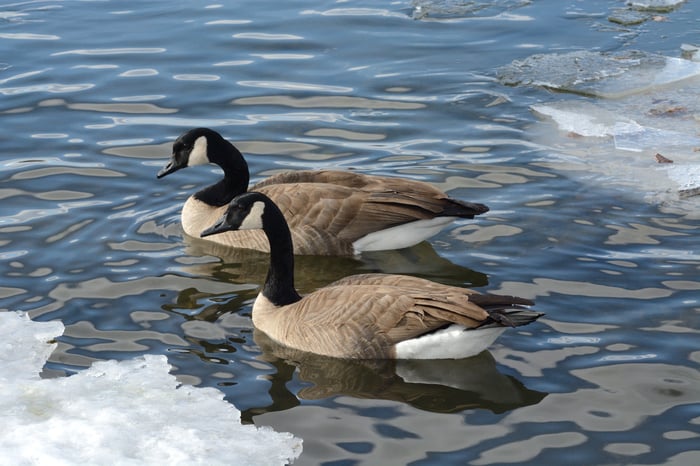 Canada Goose went public in March 2017 and ended up becoming the best-performing retail IPO of the year. It has nearly tripled in value since then, with shares rising from their $12.78 offer price to over $36 as of this writing. Apparently, buying super-luxury winter coats is also a fashion statement among investors.

But there are signs the goose's wings may soon be clipped. Although its revenues surged 35% last quarter, that was mostly a result of opening stores in new markets. And because it sells only winter gear, virtually all of its revenues are bunched up in just two quarters. The second and third period account for over 83% of Canada Goose's net sales, making it exceptionally vulnerable to weather whimsy. A warm winter (not that we've had one this year) could seriously damage its fortunes.

So might its trendiness. The market for $1,000 parkas is limited, despite the current cachet they carry. They can easily be seen as a fad, not to mention there are comparable options available for less. And apparel retail is facing increasingly difficult time, particularly when its main selling point is high-price luxury.

Speaking of which, Canada Goose stock trades at 116 times trailing earnings and over 60 times next year's estimates, while also going for more than 10 times sales. In short, it's a premium-priced stock to the extreme that it has to keep wowing investors, and that can be tough. 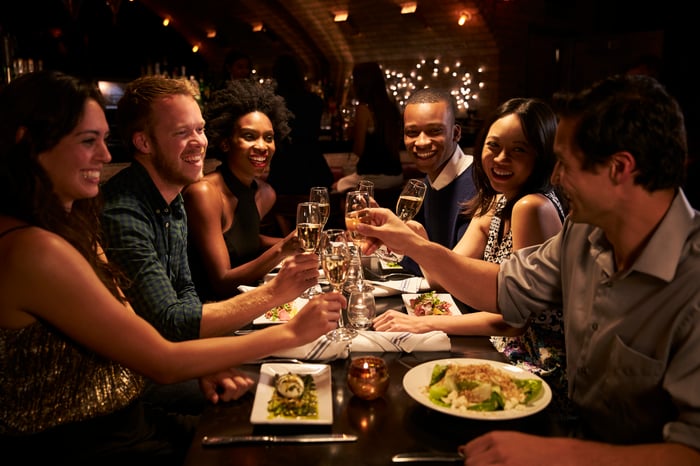 Shares of the company behind Olive Garden and Longhorn Steakhouse have risen as the restaurant chains have reported encouraging results, including higher net sales and higher comparable sales. Importantly, traffic at each chain has been higher, too, meaning they weren't scoring those gains solely by raising prices.

Yet the restaurant industry remains challenged, and the prior year's results were bad enough due to declining guest traffic at both chains that there was a rather low bar to step over this time around. Their gains are a positive development, but one that needs to be kept in perspective.

The fourth quarter for the industry broadly was another soft one; although consumers spent more around the holidays, that extra commerce didn't necessarily benefit restaurants. In fact, Starbucks blamed consumers doing more online shopping rather than hitting the malls as one reason for the revenue miss in its latest results.

Casual dining was a bright spot for the restaurant industry in Q4, relatively speaking, but with Darden's stock up 34% over the past year, and with potential weakness still present in the industry, it might not be able to have a seat at the table much longer. Despite the increase in sales, margins are falling because of a heavy promotional environment, and  with shares trading at 20 times the free cash flow it generates, Darden Restaurants could be primed to fall. 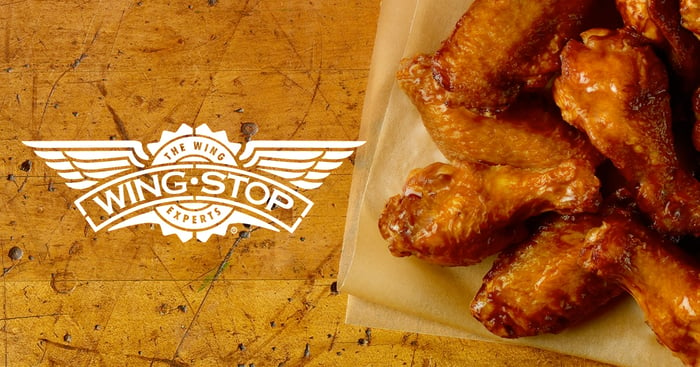 This chicken wing purveyor has seen its stock take flight over the past 12 months; Wingstop's shares have risen almost 70%. Wings have become a popular food -- The National Chicken Council estimated 1.35 billion wings would be consumed on Super Bowl Sunday this year -- and prices have been dropping. Bloomberg News reports jumbo wing prices have tumbled 25% from their peak and are at the lowest level in four years.

But before wing prices started to drop, they were flying high. For the third quarter of 2017, Wingstop said a "41.3% increase in commodity rates for bone-in chicken wings" helped drive up the cost of sales to nearly 81%.

Moreover, Wingstop is expanding and entering more international markets, even though wings are a rather mature segment of the restaurant industry. Buffalo Wild Wings, Hooters, and numerous others have plied these waters for years and NPD Group says the space is only getting more crowded, with the number of restaurants with "wing" in their name jumping 18% since 2014.

At 64 times trailing earnings, 54 times next year's estimates, and 13 times sales, Wingstop stock is priced for perfection, which isn't sustainable in an industry where prices of wings rise and fall regularly, and are subject to risks such as avian flu that helped decimate flocks a few years ago.

While this chicken joint is dialed into an increasingly popular niche of the quick-serve market, investors need to be careful the competitive pressures, vagaries in prices, and unforeseen industry calamities don't all come home to roost.

Editor's note: An earlier version of this article included an incorrect ticker for Darden Restaurants.