A muted revenue outlook can be traced to uncertain results in a crucial part of the snack and beverage behemoth's business.

Over the last few years, NAB and PepsiCo's major snacking division, Frito-Lay North America (FLNA), have jointly powered the company's progress. NAB and FLNA account for one-third and one-quarter of all PepsiCo's sales, respectively, and they've also counted among the company's most consistent segments in terms of revenue and profit expansion.

Second, PepsiCo admitted to an execution mistake. The company gave up valuable Pepsi and Mountain Dew shelf space in grocery and C-stores to promote smaller, next-generation brands in the third quarter. The expected product mix momentum didn't materialize, hurting the segment's top line. Management made it clear that it believed the effects were temporary. (For those interested, here's a deeper analysis of how the company ended up competing against itself during those three months.)

Conditions in NAB improved slightly in the fourth quarter, but the segment is still in a negative trend. After adjusting for a prior-year benefit in the form of a 53-week quarter, revenue dropped by 1 percentage point, and organic revenue declined by 3%. PepsiCo CEO Indra Nooyi shared her thoughts on the segment during the company's fourth-quarter earnings conference call last week:

To be clear, while our North American Beverages segment's top-line performance did improve compared to the third quarter, overall, its performance still has tremendous room to improve, and we are taking the right steps to realize those opportunities. We remain committed to our strategy to compete on the basis of brand building, innovation, and marketplace execution across our portfolio of brands as the best way to create shareholder value over the long term.

Other than to demonstrate that the trend could have been worse, I'm not sure why Nooyi called out NAB's performance relative to the third quarter, as NAB's fourth quarter tends to handily outpace its third quarter in a sequential comparison.

To be fair, PepsiCo is tackling the complex task of nourishing fledgling brands, like the rapidly growing enhanced water product LIFEWTR, and its newly launched "bubly" flavored water, the company's answer to National Beverage Corp.'s LaCroix Sparkling Water. It's not unreasonable for shareholders to exercise patience as leadership gradually replaces some of the organization's soda volume with more contemporary beverage sales.

Yet competitor Coca-Cola (KO -0.21%) seems to have found a bit more of its stride in recent quarters as it also seeks to support its aging carbonated soda labels with smaller brands. During the fourth quarter, Coca-Cola achieved 6% organic growth, and within its own North American segment, posted 3% organic growth, powered by positive volume, as well as positive price and beverage mix. PepsiCo, on the other hand, has had to give up some pricing as it stabilizes its largest segment. PepsiCo management asserts that longer-term, it's focused on brand investment versus simple promotional discounts to drive volume. 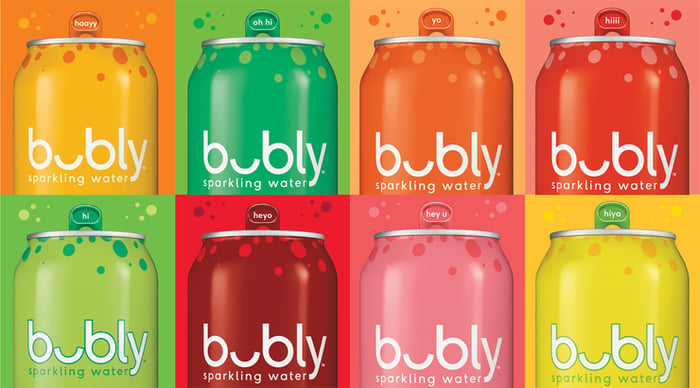 Within its earnings release on Feb. 15, PepsiCo announced its full-year 2018 organic revenue growth goal of being "at least in line" with 2017's rise of 2.3%. It's a cautious growth rate. In comparison, Coca-Cola expects full-year organic revenue gains of no less than 4%.

I believe PepsiCo's muted overall outlook results from of a lack of clear visibility into NAB's potential to rebound. Although shareholders can trust management's assessment that NAB's deterioration is temporary, it's possible that the beverage business's stagnation may last another two to three quarters, as the company optimizes its mix on store shelves, and marketing investments begin to show a decent return.

There's also the possibility that execution issues aren't the only reason NAB is facing headwinds. Again, this may take a few quarters to become clear, but rival Coca-Cola may be stealing a bit of market share from PepsiCo, perhaps with the help of its successful Coca-Cola Zero Sugar launch last year. It does appear that Coca-Cola's divestment of bottling operations is helping it more easily focus on achieving better results in its own mammoth brand/tiny label dichotomy. Time will tell.

Whatever the reason, after two quarters of an uncharacteristic slump, shareholders should pore over NAB's performance numbers upon PepsiCo's next earnings release in May. It's clear that 2018 results will hinge on the momentum, or lack thereof, in PepsiCo's largest and most important business segment.