Please ensure Javascript is enabled for purposes of website accessibility
Log In Help Join The Motley Fool
Free Article Join Over 1 Million Premium Members And Get More In-Depth Stock Guidance and Research
By Dan Caplinger - Feb 22, 2018 at 11:18AM

Find out how the satellite-communications company's efforts are faring.

Changing technology has made universal availability a reasonable expectation, yet there are still many places around the world that lack the communications infrastructure that allows for ground-based connectivity. Iridium Communications (IRDM 0.29%) understands the need for satellite-based communications for use over oceans and in remote land areas that don't have the means to set up a network on the ground, and it's been implementing a huge step forward to power useful applications in a variety of industries.

Coming into Thursday's fourth-quarter financial report, Iridium investors were prepared for a drop in profits, but they still wanted to see evidence that the implementation of its Iridium NEXT program has resulted in better prospects ahead. Iridium's numbers were mixed, but the company's outlook for the coming year was favorable. 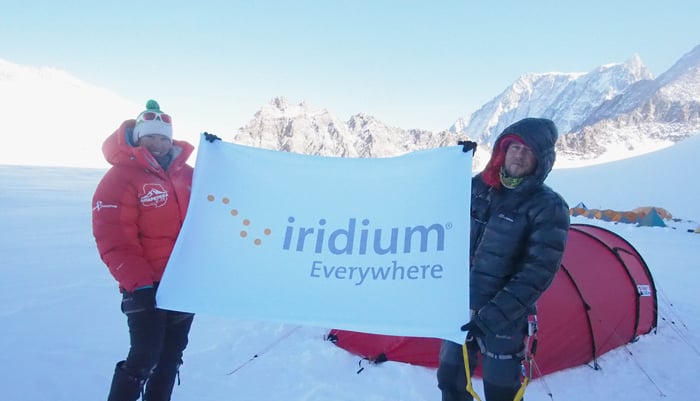 How Iridium fared to close 2017

Iridium Communications' fourth-quarter results reflected numerous cross-currents affecting the company right now. Revenue jumped 7% to $115.5 million, which was almost double the 4% growth rate that most investors had expected to see. GAAP net income soared on account of positive impacts from tax reform, with earnings of $1.10 per share, but operational pre-tax operating income rose just 4% to $63.7 million.

New tax reform laws had a huge upward effect on Iridium's financials. The satellite provider recorded a net tax benefit of $154.5 million during the quarter, nearly all of which came from remeasuring its net deferred tax liabilities. Deemed repatriation had a negligible impact on Iridium's bottom line.

More broadly, Iridium got most of its growth from the service side of the business, where revenue climbed 9%. Gains in services came exclusively from the commercial sector, with government-related revenue remaining flat. A drop in engineering and support service revenue offset part of the gains in subscriber equipment sales.

Iridium kept bringing on new customers. The commercial business saw billable subscriber counts rise by more than 100,000 over the past 12 months to 869,000, with data subscriptions outpacing combined voice-and-data by a roughly 7-to-5 margin. Average revenue per user for the segment fell slightly to $13. Government subscriber counts rose by 16,000 to the 100,000 mark, with similar growth in both voice and data-only subscribers. Equipment sales jumped due to hurricane-related activity, while a slowdown in government-sponsored engineering and support projects prompted roughly one-third declines in sales there.

Iridium is more than half done with its NEXT satellite system deployment. The company now has 40 satellites in orbit, with 32 in position and eight more moving toward intended slots. The constellation will eventually have 66 operational satellites along with a handful more to back up operations.

Thanks in large part to the deployment of NEXT, Iridium's outlook for 2018 includes some exciting growth potential. Iridium sees total service revenue growth rising at a 10% to 12% pace in 2018, accelerating from what it's seen. Full-year pre-tax operating earnings of $280 million to $290 million would also represent solid gains from 2017 levels. Long-range guidance for $440 million in total service revenue in 2019 was encouraging, as was news that Iridium has worked with creditors to find ways to obtain new capital over the next several years.

Iridium shareholders were pleased with the performance, and the stock climbed 4% shortly after trading opened Thursday morning following the announcement. As long as there aren't any unexpected problems with the implementation of NEXT, Iridium appears to be on course to deliver a higher-quality service experience for a growing stable of customers.