The decision is somewhat of a win for Lockheed, which had the least to lose from a cancellation.

Funding for the JSTARS recapitalization was not included in the 2019 Pentagon budget request, with the Air Force expected to instead try to develop a program that would link together sensors from a number of sources to complete the same tasks.

The original JSTARS program was first deployed in the early 1980s, designed to use airpower to detect and track multiple enemy targets and help coordinate attacks against targets. The Air Force in December 2016 launched a request for proposal for the engineering, manufacturing, and development of a fleet of 17 new aircraft with an estimated price tag of at least $6.9 billion. 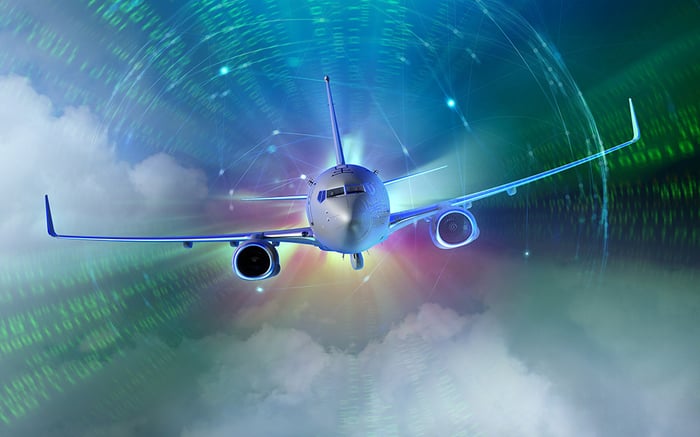 An artist rendering of a militarized Boeing 737, which was to be used in the JSTARS bid. Image source: Boeing.

However, critics have argued that the platform, based on relatively slow-moving planes, was outdated because those planes represent easy targets in a combat theater. Advances in sensor and radar technologies also helped contribute to the downfall of JSTARS. New, smarter, and smaller equipment can increasingly be placed on a variety of air, space, sea, and land systems and coordinate in real time, diminishing the need for a flying hub.

Using data from a variety of sources would also theoretically provide more global coverage than a limited fleet of aircraft.

Disappointment, especially for Boeing and Northrop

The cancellation is a setback for Boeing's plan to create a military version of its mainstay 737 narrowbody commercial jet. Boeing in its lobbying had called the 737 "the right sized aircraft" for the mission and had argued that given the extensive hours already flown by the 737, and the massive supply chain that is currently supporting it, the plane would be the lowest-cost and least-risky option.

There are still potential opportunities for the 737 to enlist, notably as eventual replacements for the Boeing RC-135 reconnaissance aircraft and its AWACS sentry aircraft, but the company can no longer count on JSTARS as a springboard. Boeing CEO Dennis Muilenburg last month during the company's year-end call listed the JSTARS bid as one of several "important opportunities" for the company.

For Northrop, the prime contractor on the existing JSTARS program, there wasn't an in-house aircraft at stake, as that company envisioned using General Dynamics' Gulfstream G550 for the project. But Northrop had been hoping to use the program to showcase its battle management and ground surveillance systems. It also late last year beat out Raytheon to provide the radar systems for whomever ultimately would have won the JSTARS competition, meaning the cancellation cost the company a guaranteed contract.

Lockheed too had hoped to spotlight its own battle management platform, but it arguably had the least on the line when the decision was announced.

The Air Force has not yet said exactly what will replace JSTARS, but odds are it will not be a big-ticket airplane but rather a series of small systems working in parallel. Lockheed has extensive experience integrating radar and computer systems via its Aegis Combat System program. Though the requirements for the JSTARS replacement would be different than those of Aegis, Lockheed has arguably moved from a dark horse to a favorite to win a bulk of the business on the project.

Other winners could include General Atomics MQ-9 Reaper drone, which could be outfitted with new sensors and used in tandem to replace the radar coverage of one JSTARS plane. Northrop has also suggested its RQ-4 Global Hawk to perform that task.

There's still a chance the Air Force's wishes could be overruled by Congressional appropriators, where the JSTARS program still has considerable support. JSTARS also has some allies among U.S. Army hierarchy. The Army has used the plane's real-time reconnaissance in combat situations.

If a compromise aircraft emerges, it will likely be much more costly than the recent JSTARS development because the Air Force has put a heavy emphasis on survivability.