Please ensure Javascript is enabled for purposes of website accessibility
Log In Help Join The Motley Fool
Free Article Join Over 1 Million Premium Members And Get More In-Depth Stock Guidance and Research
By Asit Sharma - Updated Jan 15, 2020 at 9:38AM

Robust subscriber metrics provided the foundation for a strong earnings report as Intuit reached the midpoint of its fiscal year.

A delayed start to the current year's tax season didn't slow Intuit (INTU 3.95%) very much in the second quarter of its fiscal year, as earnings released on Feb. 22nd revealed.

Data source: Intuit.  *Difference to great for a meaningful comparison. 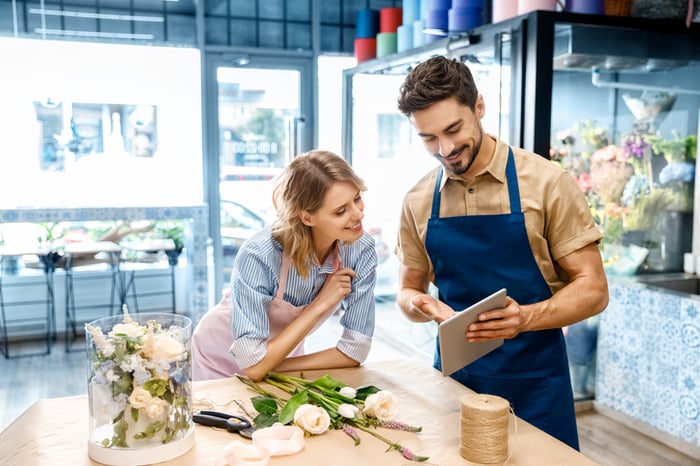 During the company's earnings conference call, CEO Brad Smith touched on various new product offerings and cross-marketing opportunities within the current tax season. Smith's comments illuminate differentiators that Intuit is employing to maintain TurboTax's competitive advantages and indicate how the company is leveraging its ecosystem to increase annual revenue per customer:

Product innovation is the key to our strategy. ... We improved the TurboTax customer experience again this year by further automating data entry, improving the onboarding experience, and simplifying the help functions by leveraging artificial intelligence and machine learning. TurboTax Self-Employed is a part of our line-up again this season, targeting approximately 4 million self-employed who use TurboTax. TurboTax Self-Employed also comes with a 12-month subscription to QuickBooks Self-Employed so these customers can benefit from tracking their financials throughout the year.

We also introduced TurboTax Live, leveraging one-way video technology enabling our customers to access an expert to answer those nagging questions that erode confidence when completing a return on their own. We built an end-to-end expert platform that enables approximately 2,000 certified public accountants and enrolled agents to serve our customers. This has opened up the nearly $20 billion assisted market to Intuit, providing an opportunity to grow our dollar share of the tax prep market while increasing our average revenue per return.

Earlier this month, Intuit issued revised guidance as a result of the current U.S. tax law changes. The organization left much of its full-year outlook unchanged. Revenue is still projected to grow by 9%-11%, landing in a range of $5.64 billion to $5.74 billion. And operating income is still expected to expand 6%-10%, to a band of between $1.485 billion and $1.535 billion. However, as a result of the 2017 Tax Cuts and Jobs Act, Intuit will apply a lower effective tax rate to income, and thus, diluted earnings per share are now expected to land between $4.20 and $4.30, against an earlier estimate of $4.00 to $4.10, representing a growth rate in EPS of 13% to 16% over 2017.