Please ensure Javascript is enabled for purposes of website accessibility
Log In Help Join The Motley Fool
Free Article Join Over 1 Million Premium Members And Get More In-Depth Stock Guidance and Research
By George Budwell - Feb 26, 2018 at 7:00AM

Gilead's bold venture into adoptive cell therapy is expected to generate big profits for the biotech, but certain key challenges have to be overcome first.

Gilead Sciences (GILD -1.07%), the company known for its revolutionary infectious-diseases treatments such as Viread for HIV and Harvoni for hepatitis C, is in the midst of a bold pivot to cell-based cancer treatments as one of its core value drivers.

The reason? New competitive threats from AbbVie's (ABBV -0.64%) Mavyret in hep C, and GlaxoSmithKline's (GSK -0.55%) Tivicay and Epivir in HIV, are currently challenging the biotech's dominance in these two key markets. As a result, Gilead has been searching for novel ways to both overcome these near-term threats to its top line and to subsequently generate a more sustainable, long-term growth trajectory. 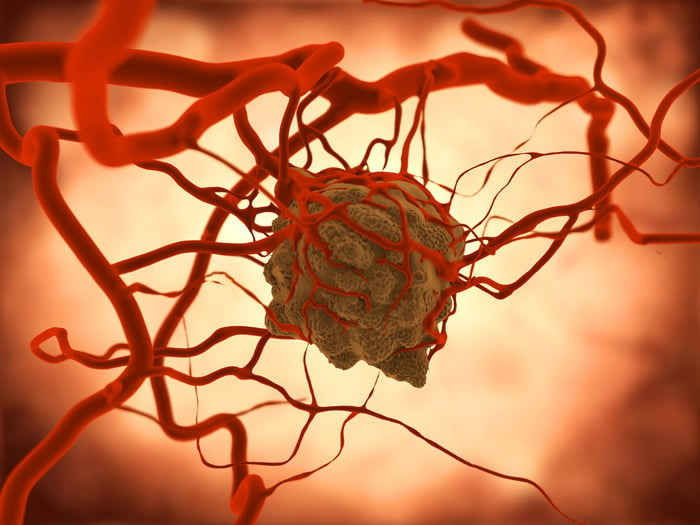 Apparently, Gilead has found an answer of sorts in the form of the emerging field of adoptive cell therapy -- as seen in two recent strategic moves:

When Gilead finally pulled the trigger on a much-needed acquisition, it did so in an exceptionally risky manner. The long and short of it is that Gilead's hep C revenues have been shrinking at a staggering rate, thanks, in large part, to AbbVie's Mavyret.

Instead of buying instant revenue, however, Gilead decided to play the long game by acquiring Kite Pharma for its large B-cell lymphoma treatment Yescarta, along with the biotech's broader pipeline of cell-based cancer therapies. Besides the fact that this acquisition won't provide an immediate boost to earnings, Gilead's leap into adoptive cell therapy is a high-risk endeavor for three key reasons:

The take home message here is that adoptive cell therapy presents a number of unique challenges from a commercialization standpoint -- none of which Gilead has ever faced before with its HIV or hep C drugs.

The real-world commercial opportunity proffered by cell-based therapies is hard, if not impossible, to quantify in any meaningful way at present. If adoptive cell therapy can't break into earlier lines of treatment for various blood cancers, for example, the multibillion-dollar peak sales estimates for Yescarta, and its closest competitors, will turn out to be way off base.

On the flip side, there is the growing possibility that adoptive cell therapies, when used in conjunction with other immune therapies like PD-1 inhibitors, may eventually break into the more lucrative solid-tumor market. Moreover, these novel cell therapies might even find a place in the treatment of non-cancerous diseases such as HIV. Adoptive cell therapies would be worth their weight in gold if either of these possibilities became reality.

The big idea is that it's going to take at least a few more years to get a reasonable handle on how the adoptive cell therapy market will ultimately develop. In other words, adoptive cell therapy could go gangbusters -- but it could also struggle to break into the mainstream because of manufacturing problems, safety issues, or a combination of these factors.

Is Gilead's cell therapy bet worth the risk?

Gilead's decision to get in on the ground floor in adoptive cell therapy is certainly a brave move. The biotech, after all, could have used its considerable bankroll to buy multiple revenue-generating peers in a nearly risk-free manner.

If things go according to plan, though, this strategic bet on adoptive cell therapy should provide healthy levels of growth for an exceptionally long period of time. Novel cancer treatments tend to have fairly lengthy shelf lives in general, and adoptive cell therapies, in particular, may prove to be bulletproof when its comes to generic (biosimilar) knock-offs because of their extensive manufacturing process.

That being said, adoptive cell therapy is still an unproven platform from a commercial standpoint, and many potential pitfalls lie ahead. The field is also set to continue developing at a breakneck pace. Whether Gilead's acquisitions of Kite and Cell Design Labs and its licensing deal with Sangamo will prove to be enough to keep up remains to be seen.

All told, Gilead's cell-based oncology venture is only starting to take shape, and numerous challenges remain. That's why investors probably shouldn't put much weight on this inchoate unit from a valuation standpoint just yet. The inherent risks of adoptive cell therapy, after all, arguably outweigh the rewards at this very early stage of the game.