The new currency is designed to solve several flaws of existing cryptocurrencies.

Uber co-founder Garrett Camp plans to launch a brand-new cryptocurrency known as "Eco," designed as a global currency that can be used for payment transactions. While this may sound like bitcoin (BTC-USD) or other major cryptocurrencies, and in this respect it is quite similar, Eco intends to set itself apart by attempting to solve some of the biggest problems facing mainstream cryptocurrency adoption.

Eco: What it is and how it works

There will be 1 trillion Eco tokens issued, and Camp plans to give away 50% of them for free to the first "one billion verified humans" that sign up on Eco's website. This takes care of one of the major issues facing cryptocurrency adoption -- giving the public an incentive to participate. Only about 5% of U.S. adults have purchased cryptocurrency so far, but it certainly makes sense that if coins were given out for free, many people who have been on the sidelines would be inclined to give it a shot.

The other 50% of Eco tokens will be distributed to universities running trusted "nodes" (20%), advisors (10%), strategic partners (10%), and the Eco Foundation that will create and maintain the network (10%). 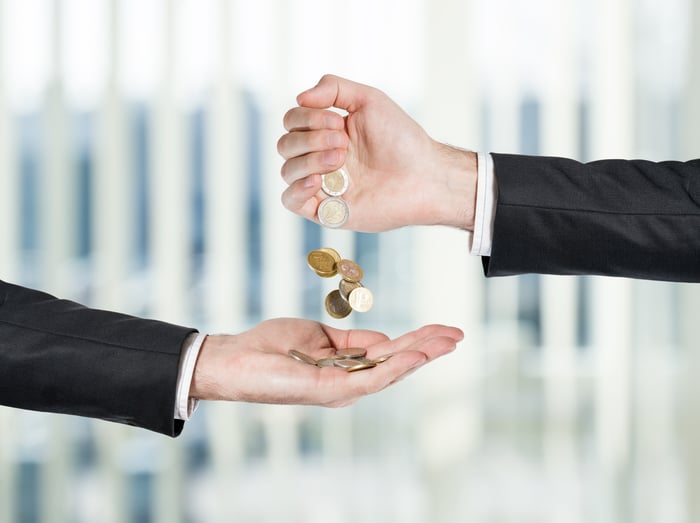 What makes Eco different from other cryptocurrencies?

The main goal of Eco is to solve some of the problems bitcoin (BTC-USD) and other cryptocurrencies have when it comes to mainstream adoption. According to Eco's whitepaper:

"Mainstream adoption of existing cryptocurrencies is held back by issues related to complexity, usability and scalability. In order for blockchain and digital currency technologies to become mainstream and scale while preserving a decentralized design, new platforms are needed that are easier to use."

The Eco project will be funded with a $10 million seed donation from Camp and his Expa venture fund, so there will be no initial coin offering (ICO) to raise money for the project, unlike many other recently launched cryptocurrencies.

In the coin-distribution discussion, I mentioned that 20% of the coins will go to "nodes." These verified nodes, which Eco plans to form in partnership with universities, will be the only mechanism by which transactions will be confirmed. That's a big difference from bitcoin's network where transactions are confirmed in a decentralized manner.

Finally, there has been a lot of coverage about the incredible amount of energy that goes into bitcoin mining. Eco, on the other hand, plans to be energy-efficient, with no network of miners consuming valuable resources. Specifically, when a new block of Eco tokens is mined, it will be distributed among all miners, or nodes. This removes the incentive to increase "hashing," or computing, power in order to one-up competing miners.

Is Eco the next big cryptocurrency?

The path for Eco, or any other newly created cryptocurrency, to achieving mainstream adoption or becoming the next bitcoin (BTC-USD) or Ethereum is likely to be a big uphill climb. As I write this, there are nearly 1,600 unique cryptocurrencies, and Eco is certainly not the first to roll out "improvements" such as those discussed here.

Having said that, the plan to give out Eco tokens for free on a wide scale could potentially be a differentiating factor. We'll have to wait and see, but this definitely sounds like an interesting way to attempt to tackle the problem of widespread adoption.