America's oldest gunmaker declared bankruptcy last month. Remington Outdoor said it would seek protection from its creditors as slowing demand for firearms puts the squeeze on major names across the industry.

But investors shouldn't assume this will be the new normal for gun companies, or that American Outdoor Brands (NASDAQ:SWBI) and Sturm, Ruger (NYSE:RGR) will be following suit. Remington's decline was borne from its own unique circumstances, and much of the blame can be placed at the feet of its private equity owners. 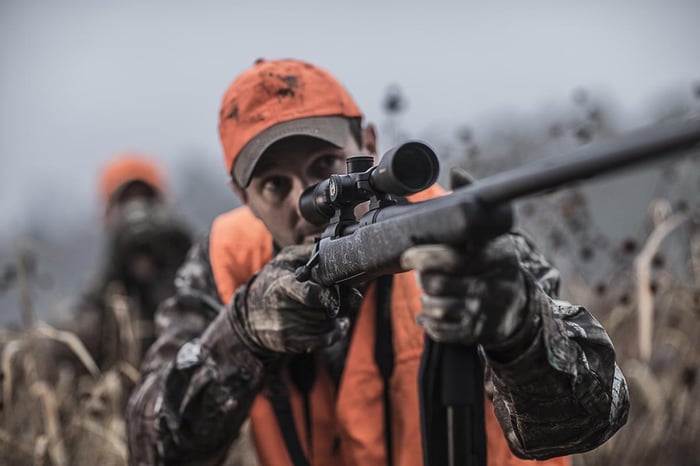 The problem of debt

Acquired by Cerberus Capital Management in 2007, the start of Remington's problems can be traced back to 2011. Cerberus dropped its plans to take Remington public as the industry headed into a temporary slump after the boom following President Obama's election.

Firearm sales soared again in 2012 as gun control took center stage in Washington. Major Cerberus investors like the California State Teachers' Retirement System demanded the firm rid itself of Remington -- Cerberus did end up putting Remington on the market but no buyer materialized. In a bid to satisfy investors, Cerberus bought them out after loading the gunmaker with some $1 billion in debt. The private equity firm also took Remington out of its main investment funds and placed it into a separate financial entity.

Although modern sporting rifles remain the most popular long arm on the market today and Remington being the largest manufacturer of rifles in the country, it couldn't survive the declining sales that accompanied President Trump's election.

In its last quarterly earnings report in October, Remington Outdoor said sales fell 30% for the period, posting an operating loss of $16 million compared to an $8 million profit the year before. But with only $116 million in cash and nearly $1 billion worth of debt, it was clear the gunmaker was in difficult financial straits.

In December, Moody's Investor Service downgraded Remington's corporate family rating to Caa3, a highly speculative junk level, and said the likelihood of a default was high.

Once the restructuring is complete, Remington will have cut its debt by around $700 million and will inject $145 million in new capital into its operating units. The pre-approved bankruptcy will also provide $100 million in creditor-funded money as a debtor-in-possession term loan. Perhaps most notable, at the completion of the process, Cerberus Capital will no longer own Remington. 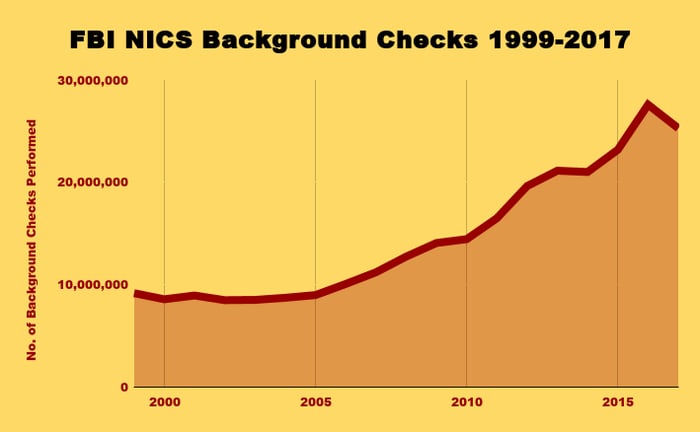 Yet as noted previously, this is a situation unique to Remington. Although American Outdoor Brands said fiscal year-to-date sales are down nearly 50% from the year-ago period, it has $68 million in cash and a completely manageable $208 million in long-term debt. Similarly, Ruger said sales this year are down 20%, and it has $45 million in cash and no debt on its balance sheet.

Vista Outdoor (NYSE:VSTO), the owner of Savage Arms and Federal Premium ammunition, looks a little more problematic with $63 million in cash and over $900 million in debt, but it's in the process of restructuring its debt and doesn't appear to be in any danger of going under.

In short, the firearms industry isn't in a wholesale collapse. Speculation in 2016 regarding the Presidential election drove a surge in firearm sales that are now returning to more normal levels. The industry as a whole remains financially stable, and even with its notable bankruptcy, Remington itself will soon return with a leaner structure that won't have private equity owners looking to maximize their own gains at the expense of the business, its employees, and customers.

That means Remington will be better off as a result, not to mention its peers as they weather the ups and downs of their cyclical business.

After Remington Throws in the Towel, What Lies Ahead for the Rest of the Firearms Industry? @themotleyfool #stocks $SWBI $RGR $VSTO Next Article
Current