Tasty Made is gone, the latest in a long line of the fast-casual pioneer's recent blunders.

Another week, another Chipotle Mexican Grill (CMG -3.96%) stumble. The struggling burrito roller put its fledgling burger concept out of its misery on Wednesday. Chipotle closed the one and only Tasty Made location after a short-lived 17-month stint in the heart of Ohio.

The surrender doesn't come as much of a surprise. Tasty Made generated mixed to negative reviews early in its tenure, and Chipotle has been quick to pull the plug on something if it isn't working. Chorizo lasted less than a year as a protein on the menu, and the bunuelos treat that was supposed to drum up dessert sales never even made it to the menu. One can only hope the clock is ticking on queso in its present form. Chipotle's been pretty vulnerable lately, and investors are paying the price. 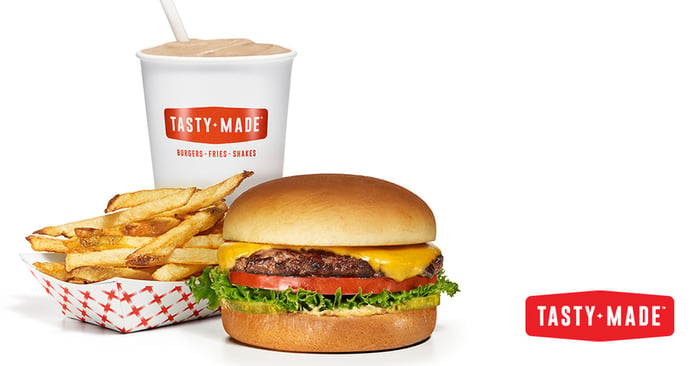 Tasty Made isn't the first Chipotle concept to falter. Chipotle shuttered all 15 of its ShopHouse Southeast Asian Kitchen locations last year. Throw in the Chiptopia promotion two summers ago that failed to morph into a permanent loyalty rewards program and the breakfast head-fake, and you can spend a long time talking about Chipotle's miscues without even getting to the food safety issues.

It's easy to pin the start of Chipotle's downfall on the food-borne illness outbreaks that started slamming the brand in late 2015, but it's also not the only thing that has kept the stock from revisiting its all-time highs. Chipotle has had more misses than hits since peaking three years ago. Suggesting that a single misstep caused the stock to fall out of favor is a disservice to the layered incompetence and bad luck at Chipotle.

Things don't have to end badly, though. Shares of Chipotle moved higher last month after the company announced that Taco Bell chief Brian Niccol will be its new CEO. There are some legitimate reasons to be concerned about injecting a fast-food guru into a fast-casual operation, but the market rallied behind the move because it understands what Niccol brings to the table. Taco Bell has a history of innovation, and when it fails, it fails quickly.

With its inability to score a hit, Chipotle hasn't returned to its former glory -- the $1.34 a share it earned in its latest quarter is a third of what it rang up during the same period in 2015. Niccol will probably have Chipotle failing more often, but only because he'll be taking more chances. But when something sticks -- and it will -- it's going to make everyone forget about the mistakes that came before.

Tasty Made won't be the last mistake Chipotle makes, but if Tasty Made's demise puts Chipotle one step closer to a positive game-altering move, then the misstep will have been worth it.

Should Investors Buy the Dip on Chipotle Stock?
366%