Tech companies big and small are trying to figure out how to use artificial intelligence (AI) to improve their products and services, and drive new revenue growth. That's led a lot of companies to talk about AI, but not all of them are benefiting from it equally.

That's why it's important to look at which companies are just paying lip service to AI, and which ones are using it to improve their top and bottom lines. Unsurprisingly, some of the biggest tech companies are the ones making the most gains, and that's why Facebook (NASDAQ:FB), Alphabet (NASDAQ:GOOG) (NASDAQ:GOOGL), and Amazon.com (NASDAQ:AMZN) are top AI stocks investors should consider buying now. 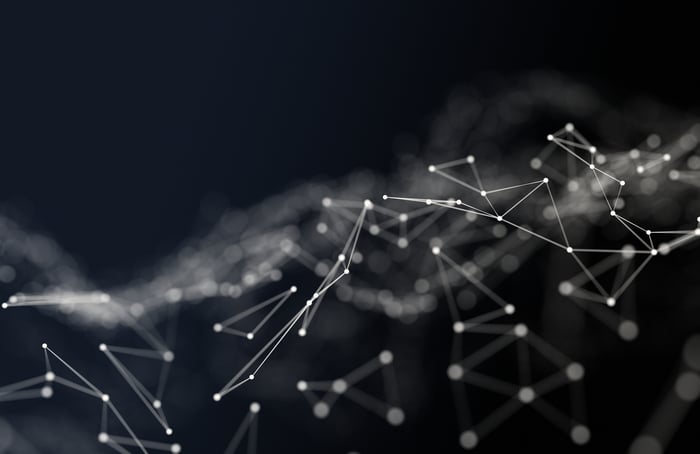 We all know Facebook as a social media powerhouse, but the company is also knee-deep into AI. The company has its own AI data centers, called Big Sur and Big Basin, and both are being used to keep up with the massive amount of content on the company's platform. Facebook now has 2 billion users, who create an average of 10 billion posts every single day. Without AI, Facebook simply wouldn't be able to manage that content.

The company's AI systems do everything from facial recognition for images to natural language processing and video recognition. The point of all this AI use is so that Facebook can serve up the most relevant ads to its users. Advertising is the company's biggest revenue driver, and without AI the company wouldn't be as good at selling ads as it is right now.

On top of all that, Facebook started its own AI research division, called Facebook Artificial Intelligence Research group (FAIR), to learn more about AI and share the results with others, as well as implement them into the company's own platforms.

Facebook might not be the first company you'd think of when looking for an AI stock, but it's committed to using the technology to not only better its own apps, but to provide the rest of the world with AI research as well.

One of the best AI plays right now is the tech conglomerate Alphabet. The company built its own AI processor, started its own self-driving car company (powered by AI), created a popular AI assistant, and is using artificial intelligence to improve its core advertising business.

The company's driverless car company, Waymo, recently announced that it'll officially launch its ridesharing service for the public later this year. Waymo is currently testing its vehicles in Arizona with some members of the public; the next phase will bring thousands of self-driving vehicles to cities across the country.  With 5 million miles of real-world driving under its belt, Alphabet is already ahead of most of its competitors.

That would be impressive enough on its own, but Alphabet is also using AI to improve its Google cloud computing platform. The system uses Google's own AI processor, called the Tensor processing unit (TPU), and has created its own natural-language-processing and image-recognition systems to make its platform more powerful. Google currently takes the No. 3 spot in cloud computing behind Amazon and Microsoft, but it's hoping more AI could help the company take on its rivals.

Most important of all, Alphabet is using AI to deliver more relevant ads to its users, just like Facebook. All the information we put into Google Search or ask for through its Google Assistant, along with the data gleaned from the multitude of Google services we use, is then used to display the ads that the company thinks are the most relevant for us. 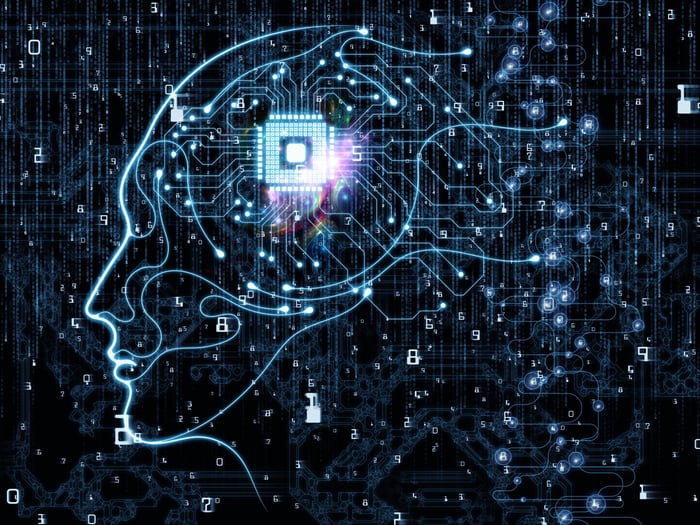 Just like Alphabet and Facebook, Amazon is using artificial intelligence (specifically, machine learning) to improve its own platform. But instead of using AI to sell ads, the company uses it to suggest products it thinks you might want to buy, or to deliver search results of products it thinks you're looking for. Most of Amazon's revenue comes from its e-commerce platform, so implementing AI in its website and app makes a lot of sense. But the company is also using machine learning to make its lucrative Amazon Web Services (AWS) even better as well.

AWS is the company's cloud computing platform and one of Amazon's main drivers of operating income. Amazon currently has about 32% of the cloud computing market, and it recently teamed up with competitor Microsoft to create a new machine learning technology for its cloud computing service so it can better compete with Google. Cloud computing will be worth an estimated $411 billion by 2020, and Amazon wants to use AI to ensure it stays ahead of its rivals.

And last, but not least, Amazon has successfully turned its AI smart assistant, Alexa, into a way to drive more sales on its platform. Recent research by Consumer Intelligence Research Partners showed that Amazon Prime members who own an Alexa-powered Echo smart speaker spent about $1,700 per year on Amazon, compared to about $1,300 for Prime members who don't have the speakers. Investment bank RBC Capital Markets estimates that the company's smart speakers could add $10 billion to Amazon's top line by 2020.

None of these companies are likely to start a new revenue segment called "AI" anytime soon, but investors should keep a close eye on when they mention how artificial intelligence is improving their current products and services. Facebook, Alphabet, and Amazon have already created wide moats in their respective markets, and each of them is wisely using AI to dig those moats deeper and wider.