Arguably the most important new drug candidate in Celgene Corporation's (NASDAQ:CELG) late-stage pipeline hit a regulatory roadblock that should have been avoided. The embarrassing oversight will delay the application to some degree. In response, the company's market cap shrank $13.5 billion as the stock fell 13.9% in February, according to S&P Global Market Intelligence.

Near the end of February, Celgene revealed a Refusal to File (RTF) letter from the Food and Drug Administration concerning ozanimod's application to treat relapsing multiple sclerosis (MS). The oral therapy had been expected to achieve peak annual sales of around $5 billion. 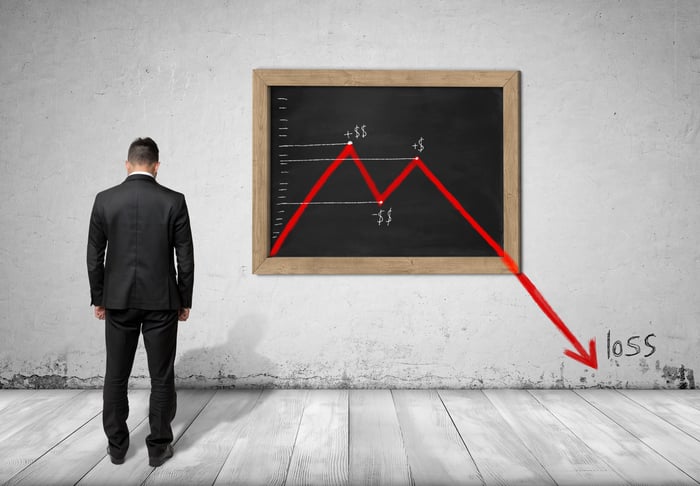 These letters aren't subject to full disclosure, but Celgene claims the FDA felt the "nonclinical and clinical pharmacology sections" were insufficient. This strongly suggests the company won't be asked to run more clinical trials for several years before resubmitting the application, which is good news for a company that's already boosted a big R&D budget.

Unfortunately for Celgene, competition in the MS space is heating up so fast that even a slight delay could limit ozanimod's peak sales potential. For example, Roche (OTC:RHHBY) launched Ocrevus in the U.S. last spring at a price that undercuts older therapies and the strategy is working. The biannual infusion racked up $916 million in sales during its first nine months on the U.S. market.

Refusal to file letters are becoming more common under recently appointed FDA Commissioner Scott Gottlieb as the agency aims to become more efficient. The latest could be a blessing in disguise for Celgene. The FDA generally takes two months to preview an application package before officially starting a 10-month review process.

Finding deficiencies before the review, instead of halfway through the process, could save everyone involved a lot of time. Regulatory snafus aside, the calendar is Celgene's worst enemy right now. The company still depends on Revlimid for 63% of total product sales and the blood cancer tablets will begin facing generic competition in 2022.