Stock in UPS (NYSE:UPS) declined 18% in February, substantially underperforming the S&P 500 and FedEx Corporation (NYSE:FDX), according to data from S&P Global Market Intelligence. UPS stock was actually outperforming the main market and FedEx on a year-to-date basis up until the fourth-quarter results presentation at the start of February. 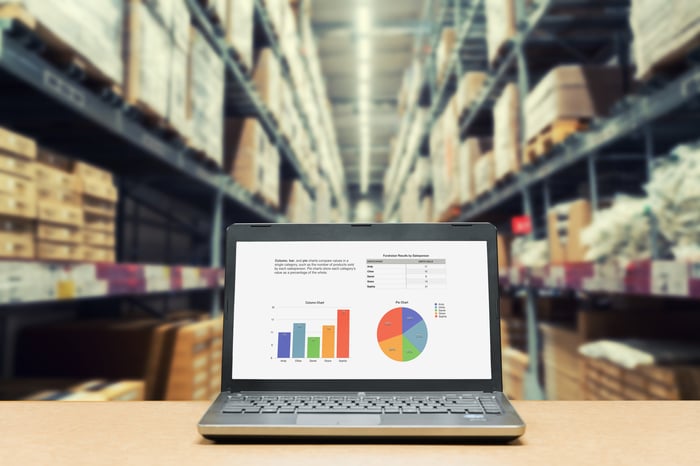 Clearly, the earnings report disappointed the market, and in a previous article on UPS, I suggested three areas of concern:

As if this wasn't enough to contend with, there is also likely to be some negative sentiment on UPS and FedEx following a move by Amazon.com (NASDAQ:AMZN) to roll out a delivery service that will compete with FedEx and UPS -- initially in Los Angeles, but likely to spread to other cities later in the year.

While the Amazon initiative is arguably overblown in terms of its potential threat to UPS's business, the company-specific issues (FedEx is also facing margin pressure due to growing e-commerce volumes) are more concerning.

Furthermore, all three issues are correlated. For example, capital spending has had to be increased in order to expand and modernize UPS's network in order to service e-commerce growth generally and during peak delivery season. Meanwhile, the margin pressure felt in the U.S domestic package segment is largely due to the growth in business-to-consumer e-commerce growth.

The key question facing UPS is whether the current strategy of investing aggressively in its network in order to capture volume growth is the right option. An alternative option being to increase pricing in order to optimize profit growth at the possible expense of a reduction in volume growth.

The die is cast, and UPS is committed to ramping capital expenditures on its network. This will eat into free-cash-flow generation, at least in the near term, but it could turn out to be the best option in the long term.

However, it's going to take a while before it becomes clear that UPS's strategy is working. Moreover, the company needs to start demonstrating that it can halt the decline in its U.S. domestic package margin and manage peak delivery season better before investors will feel fully confident.