Shares of Fogo de Chao, Inc. (NASDAQ: FOGO) surged 20% last month, according to data from S&P Global Market Intelligence, as the Brazilian steakhouse chain agreed to be acquired. The deal brings to an end a disappointing three-year odyssey for the restaurant chain on the public market, but it may be the best outcome for shareholders considering the stock's recent troubles. 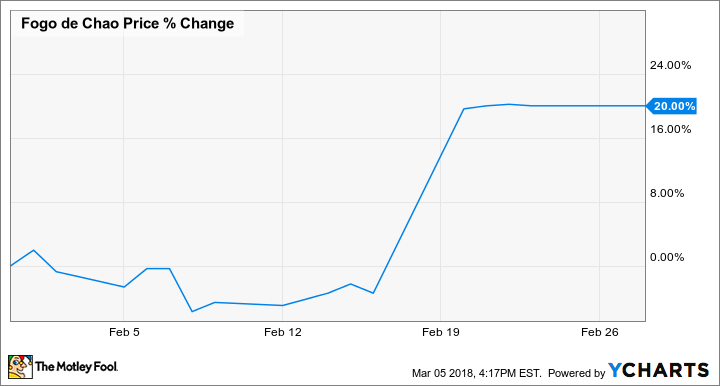 Fogo de Chao agreed to sell itself to Rhone Capital for $15.75 per share, or $560 million in an all-cash transaction, which was a 25.5% premium over its closing price on Feb. 16. Larry Johnson, Fogo de Chao CEO, said, "After a thorough evaluation of the options available, the Board of Directors is confident that this transaction will provide Fogo a significant opportunity to realize the highest value for our stockholders while providing the best path forward for the Fogo de Chao brand, employees, and loyal customers." 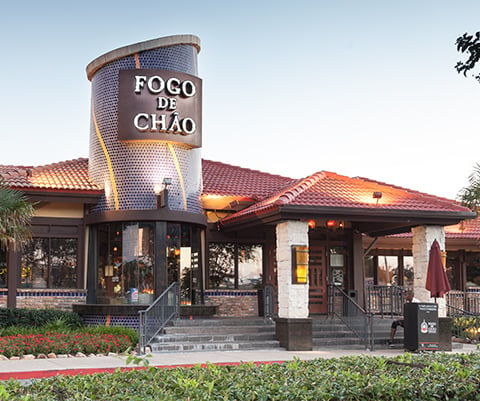 The deal comes as Fogo de Chao has struggled with the so-called "restaurant recession." Comparable sales have turned negative, and its expansion has been more difficult than expected. The Brazilian recession has also hampered performance in its home country. Last month's surge brought the stock to a level not seen in nearly a year.

In its third-quarter earnings report, management had forecast a full-year decline in comparable sales of 1.5%-2.5% and adjusted EPS of $0.77-$0.80. Considering that guidance, $15.75 seems like a fair price to take the chain private. The stock has traded flat since the deal was announced, near the $15.75 mark, indicating that the market believes the deal will go through as negotiated. The transaction is expected to close in the second quarter of this year.