Wall Street had a turbulent day on Tuesday, with major benchmarks seeing substantial moves both higher and lower before settling for modest gains. Earnings season is coming to a close, and that's leaving the market more vulnerable to geopolitical and macroeconomic events, which have become more volatile over the past week. Contemplation of possible trade disruptions has some investors nervous, and negative news from certain individual companies affected their shares. Freshpet (NASDAQ:FRPT), YY (NASDAQ:YY), and Ascena Retail Group (OTC:ASNA) were among the worst performers on the day. Here's why they did so poorly.

Shares of Freshpet dropped nearly 10% after the specialty pet product manufacturer reported its fourth-quarter financial results. Revenue rose almost 20% on strong performance for its core fresh refrigerated pet food product line, but net income posted only modest gains on an absolute basis. Freshpet posted a slightly wider loss for the full 2017 year than it did in 2016, and despite demand from high-end consumers who want to pamper their pets, investors didn't seem satisfied with guidance for roughly 21% sales growth for 2018. With the stock having tripled since the beginning of 2016, Freshpet shares might simply have needed a break in their rapid advance. 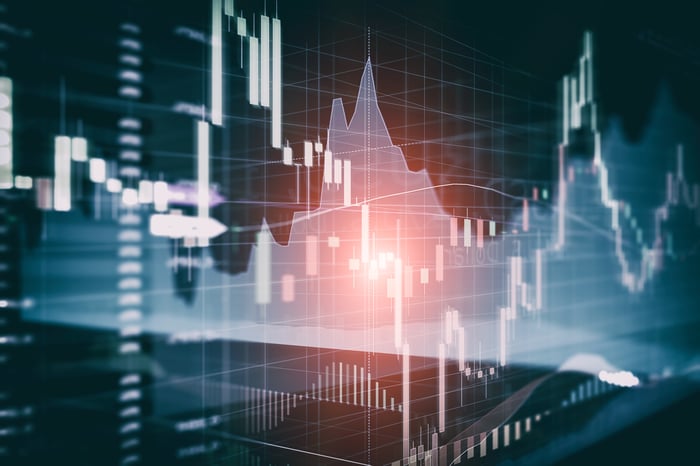 YY stock fell 12% after the Chinese live-streaming social media platform announced fourth-quarter earnings. Revenue climbed by nearly half from the year-ago period, helping to lift adjusted income by almost 60%. Favorable demographic trends look poised to keep helping YY capture greater business, especially as a rising consumer class has more money to spend and has greater access to the internet and mobile devices. Yet fears of potential government crackdowns are always present for Chinese companies in the social media space, and after huge gains in 2017, YY's decline today suggests that investors wanted even better growth prospects from the Chinese internet play.

Finally, shares of Ascena Retail Group finished lower by 6%. The company behind retail store chains Ann Taylor and Lane Bryant said in its fiscal second-quarter report that adjusted losses for the period were at the weaker end of the company's expectations, as pressure on margin from clearance items offset the positive impact from better overall sales trends. Comparable sales systemwide fell 2%, with particularly poor performance coming from a 12% drop at Dress Barn and an 8% comps decline for Ann Taylor. For hard-hit investors who suffered through Ascena's more-than-60% decline in 2017, the lack of more positive news was particularly discouraging to start 2018.