Shares of Ciena Corp. (NYSE:CIEN) jumped on Tuesday following a solid fiscal first-quarter report from the network technology company. Ciena beat analyst estimates for both revenue and earnings, and its second-quarter guidance matched expectations. The stock was up about 9.5% at 10:50 a.m. EST.

Ciena reported first-quarter revenue of $646.1 million, up 4% year over year and about $4.2 million higher than the average analyst estimate. Revenue from networking platforms grew 1.2% to $496.0 million; software and software-related services revenue jumped 36.1% to $53.5 million; and global services revenue rose 4.8% to $96.6 million. Total revenue was in line with the company's guidance. 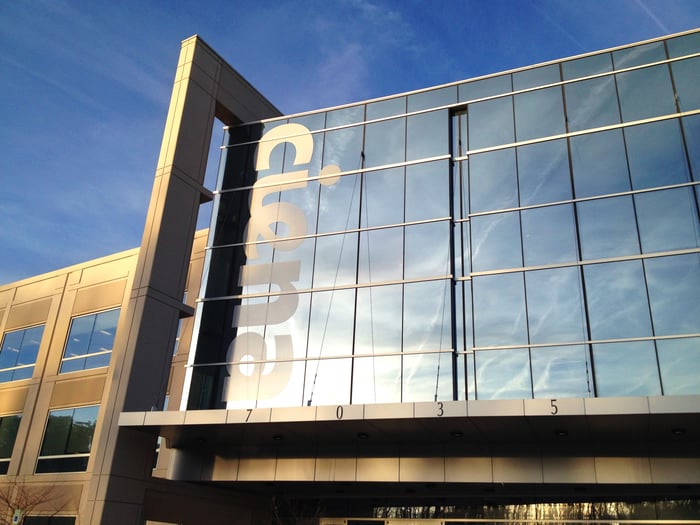 "We demonstrated a strong start toward achieving our long-term financial goals with our fiscal first quarter results, including year-over-year top-line growth, continued cash generation and a strengthening balance sheet. We also are confident in our ability to continue driving market share gains across key geographies and customer segments by intersecting the industry's demand drivers with leading innovation," said CEO Gary Smith.

Ciena expects to produce between $710 million and $740 million of revenue during the second quarter, a range that straddles the average analyst estimate of $720.8 million. Gross margin is expected to be in the low-to-mid 40% range, compared to 42.1% during the first quarter. 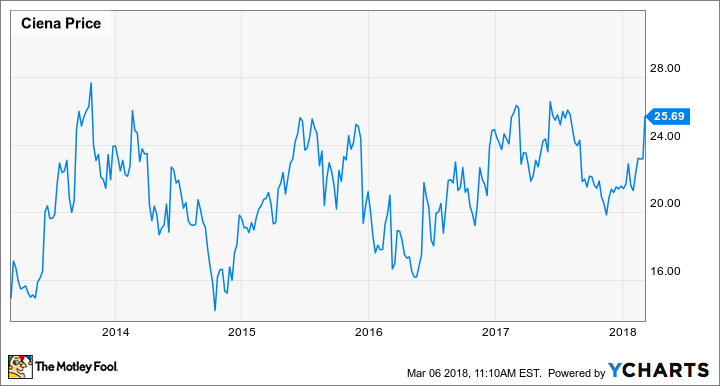 Shares of Ciena have been on a roller-coaster ride over the past five years, fluctuating up and down without a clear direction. A strong quarterly report wasn't quite enough to propel the stock to a new five-year high, but it's now up about 31% since bottoming out late last year.