After completing enrollment in a key trial on Jan. 31 and announcing on Feb. 6 that the FDA has awarded its lead drug candidate, ZX008, a breakthrough therapy designation, shares of Zogenix Inc. (NASDAQ:ZGNX) surged 16.6% higher in February, according to S&P Global Market Intelligence.

Zogenix is developing ZX008 as a treatment to reduce seizures in patients with rare forms of epilepsy and so far, the results from studies are compelling. 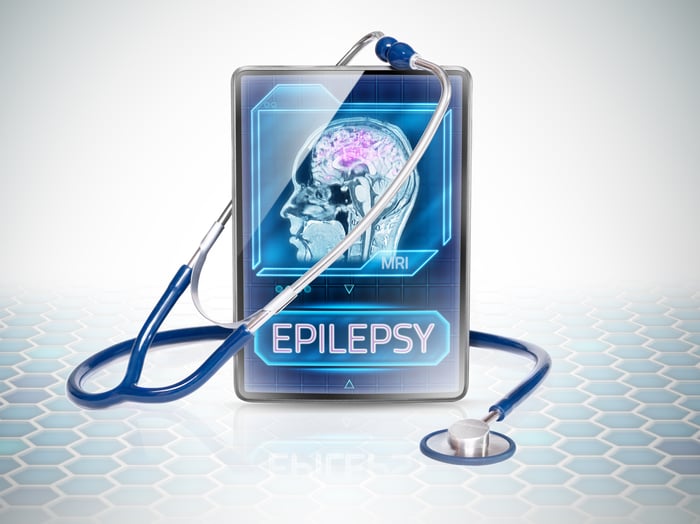 In September 2017, management reported that ZX008 -- a low-dose formulation of fenfluramine -- reduced seizures in Dravet syndrome patients by about 64% from baseline. That was significantly better than the 17.4% drop observed in the placebo arm, and was arguably better than the roughly 40% to 50% drop observed in a separate study of GW Pharmaceuticals' (NASDAQ:GWPH)  Epidiolex, a cannabidiol marijuana-based drug that's currently awaiting FDA approval.

On Jan. 31, Zogenix reported it had completed enrollment in a second Dravet syndrome study to evaluate ZX008. Top-line results from that study are expected in the second quarter. If the data confirms earlier results, then the company will file for FDA approval of ZX008 later this year.

On Feb. 6, management also reported that the FDA had awarded ZX008 a breakthrough therapy designation based on the results reported last fall. This designation doesn't guarantee an eventual approval, but it does provide management with greater contact with regulators, which could expedite the process.

Dravet syndrome is a rare form of epilepsy that's highly resistant to existing treatments. An FDA decision on Epidiolex is expected this year; however, if Zogenix submits ZX008 for approval this year, it's possible GW Pharmaceuticals' might not have the indication to itself for long.

Although the results from ZX008's trials have been encouraging, investors will want to pay attention to any signs of safety risks in forthcoming trial data. Fenfluramine was the "fen" part of the failed anti-obesity drug fen-phen, which was pulled from the market after it was discovered to cause severe cardiovascular issues in some patients. We haven't seen any concerning signals from these trials yet, but there's no guarantee that additional studies will read out similarly. Therefore, until we get the final results from this trial, I'm content to sit on the sidelines.