Shares of clinical-stage biopharma Zafgen (NASDAQ:ZFGN) rose more than 21% today after the company announced full-year 2017 earnings. As a development-stage company, there weren't any important financial metrics for investors to pore over aside from the year-end cash and cash equivalents balance, which stood at $102 million.

More important for investors was a slew of updates from the pipeline. Zafgen reported positive interim results from an ongoing phase 2 trial for a drug candidate being evaluated as a potential treatment for type 2 diabetes. It also announced a new preclinical drug candidate targeting the rare genetic disease Prader-Willi syndrome was added to the pipeline.

Despite the sharp increase in early trading, Zafgen shares gave back most of their gains shortly thereafter. As of 11:40 a.m. EST, the stock had settled to a 3% gain. 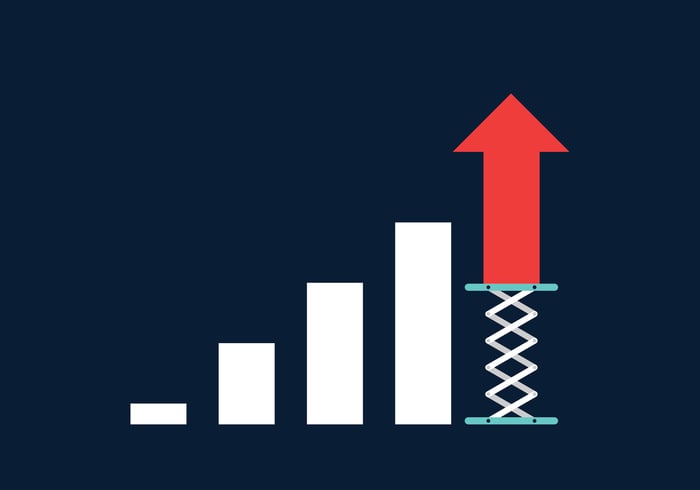 Investors shouldn't bank on this being the news that can turn the company's long history of misfortune around.

The interim data from the phase 2 trial evaluating the company's lead drug candidate, ZGN-1061, in type 2 diabetes showed that the therapeutics were well-tolerated. Zafgen also reported a statistically significant improvement in lowering A1C levels, a technical term used to describe what most people simply call blood sugar levels, compared to a placebo. The drug candidate lowered A1C levels by 0.57% on the measurement scale used by physicians. So what does that mean?

Physicians consider A1C levels under 5.7% to be normal and healthy, values in the range of 5.7% to 6.4% are considered prediabetes, and readings above 6.4% usually result in a diagnosis of type 2 diabetes. However, patients can have readings of 10% or higher at diagnosis. Those patients and their doctors may target A1C levels of around 7% (read: above the "normal range") after onset, which can be obtained through a combination of changes in diet, activity levels, and medications.

How does ZGN-1061 stack up? A meta analysis of studies of various drugs aimed at reducing A1C levels found that most drugs resulted in a reduction of 1% to 1.5%. The company's drug candidate yielded a 0.57% decrease with a dose of 0.9 mg, so it's not quite up to par yet. That's why Zafgen decided to study a higher 1.8 mg dose, but it's too soon to tell if the higher dose will deliver the benefits required for a competitive type 2 diabetes drug.

The point of a phase 2 trial is to establish safety and dosing regimens for later stage trials, so there's nothing out of the ordinary for Zafgen here. Investors are encouraged that ZGN-1061 demonstrated any efficacy at all, and are looking forward to results from a higher dose. If the drug candidate yields a dose-dependent response, where higher doses have a greater therapeutic effect, then that could help boost the company's commercial potential. However, whether or not it achieves results comparable to current drugs on the market -- an A1C drop of 1% to 1.5% -- won't be known until the results are released in early 2019.