Please ensure Javascript is enabled for purposes of website accessibility
Log In Help Join The Motley Fool
Free Article Join Over 1 Million Premium Members And Get More In-Depth Stock Guidance and Research
By Keith Speights - Nov 26, 2018 at 11:15AM

Zafgen (ZFGN) stock crashed on Monday, with shares plunging 41.9% as of 11:12 a.m. EST. This huge drop came after the clinical-stage biotech announced that the U.S. Food and Drug Administration (FDA) had placed a clinical hold on the Investigational New Drug Application (IND) for experimental type 2 diabetes drug ZGN-1061.

The FDA's decision to place a clinical hold on any clinical testing of ZGN-1061 stemmed from concerns about the potential for cardiovascular safety risk "based on the company's prior compound." This referenced Zafgen's previous obesity drug, beloranib, which the company abandoned after patients died in late-stage studies. Both beloranib and ZGN-1061 are MetAP2 inhibitors. 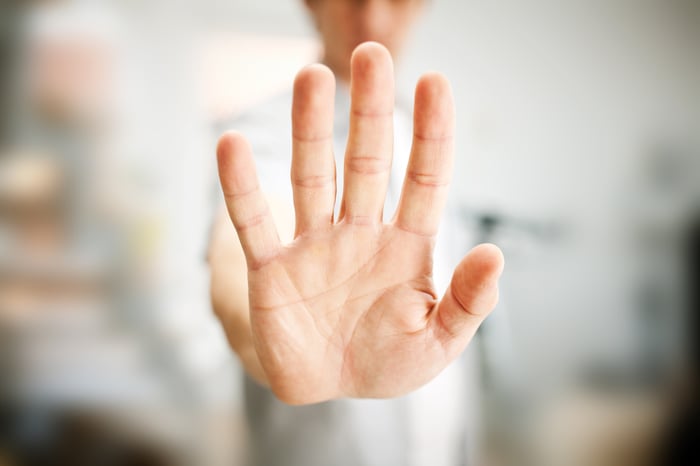 An FDA clinical hold doesn't necessarily mean the end of the road for a drug. Zafgen could address the agency's concerns and advance ZGN-1061 to clinical testing. However, it definitely means a delay -- and potentially a lengthy one.

Any delay for a clinical-stage biotech hurts. It especially hurts when the delay is for the biotech's lead pipeline candidate. That's the situation for Zafgen.

ZGN-1061 is already in a phase 2 clinical study, but that study is being conducted outside of the U.S. The FDA's clinical hold has no impact on the study. However, to achieve the kind of success that investors hope for, Zafgen has to launch a drug in the U.S. Any hopes of such a launch now have to be placed on pause.

Despite the big setback announced today, there was a sliver of good news. Zafgen now expects that its cash stockpile will fund operations through 2020 as a result of the delay in clinical testing of ZGN-1061.

Zafgen's next step is to request a meeting with the FDA to discuss the clinical hold and possible alternatives for addressing the safety concerns about ZGN-1061. The biotech stated that the FDA's clinical hold letter "outlined multiple potential paths for moving forward, including nonclinical or clinical options, to address these concerns."

The company also expects to report top-line data from the 1.8 mg dose cohort of its ex-U.S. phase 2 clinical study of ZGN-1061 early next year. Zafgen reported positive results earlier this year for the initial cohort of this study, which included a range of doses up to 0.9 mg.

In the meantime, Zafgen's shares are likely to remain highly volatile. Investors are probably better off watching the developments for this clinical-stage biotech from the sidelines.

Why Zafgen Inc's Stock Is in the Red Today