Shares of the clinical-stage biotech Endocyte (NASDAQ: ECYT) are on the move yet again today on heavier than normal volume. The company's shares are up by a healthy 12.28% as of 12:07 p.m. EST.

Interestingly enough, Endocyte's shares are up on no apparent news today, which is turning into a common occurrence for this small-cap biotech. 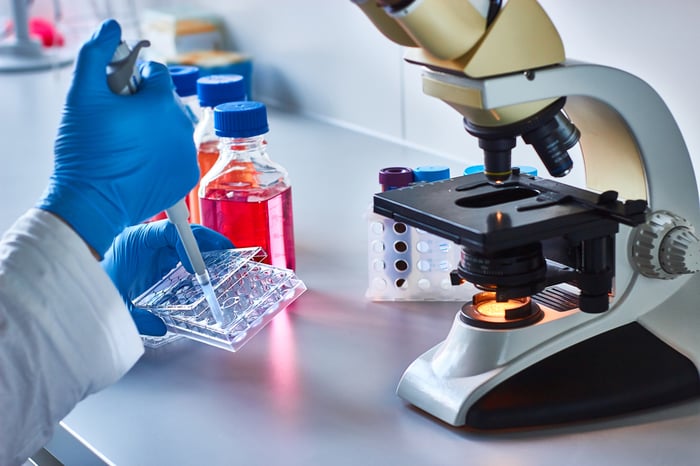 Endocyte's stock has presumably been heating up this year due to the strong mid-stage data for the company's advanced prostate cancer drug, Lu-PSMA-617. These data reportedly led to a successful end-of-phase 2 meeting with U.S. regulators that paved the way for an all-important registrational trial. This next trial, known as "Vision," is scheduled to begin enrolling patients this quarter.

The key issue is that the company thinks Lu-PSMA-617 would likely compare favorably to the current cohort of later-line prostate cancer drugs based on its emerging clinical profile. So, even as a treatment of last resort, Endocyte thinks that Lu-PSMA-617 would still be able to generate several hundred million dollars in annual sales.

Endocyte's market cap has appreciated by a whopping 177% since the start of the year -- easily making it one of the best-performing biotechs during the first quarter of 2018.

Can Endocyte keep up this torrid pace? The good news is that the company did take care of its short-term capital needs with a recent secondary offering that yielded $80.6 million in net proceeds.

The bad news is that Endocyte is still a few years away from a regulatory filing of any kind. So, this recent capital raise certainly won't be the last, especially since the company is looking at increasing its capital outflows by expanding into the adoptive cell therapy arena later this year.

In the short term, however, the market appears more than to content to continue pushing Endocyte's value higher now that it has a valuable pivotal stage cancer asset under development.