Steel and aluminum production aren't the only industries the president wants to bring back to the United States.

In late December, President Donald Trump signed an executive order directing the relevant federal agencies to develop a strategy to reduce the United States' reliance on foreign sources of "critical minerals" that are used to make products deemed essential to our country's economic and national security. Lithium was named as one such mineral, as it's crucial for producing the lithium-ion batteries that power electric vehicles (EVs), consumer electronic gadgets, and energy-storage products.

Investors should be aware of this under-reported move since it could have ramifications in the lithium space, which has been white-hot since 2016, though lithium stocks have pulled back in 2018.

It's too soon to say which lithium companies could benefit, though possibilities include the world's largest lithium producer, North Carolina-based Albemarle (ALB -1.15%), which has a lithium mining operation in this country, and one or more of the junior miners, such as Lithium Americas (LAC -2.02%), that are exploring the viability of mining lithium in the U.S. 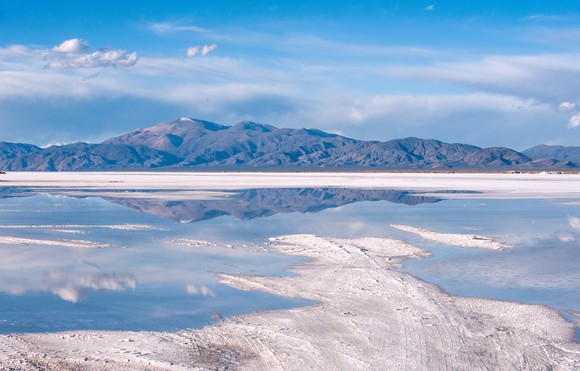 The Republican president's executive order No. 13817 aims to encourage domestic production of critical minerals in order to reduce our country's reliance on foreign sources, which "creates a strategic vulnerability" for both our "economy and military to adverse foreign government action, natural disaster, and other events that can disrupt supply of these key minerals." The impetus for the directive was a report by the U.S. Geological Survey that concludes that foreign sources provide at least 50% of our total needs for 21 out of 23 critical minerals, including lithium. Moreover, it spells out just how dependent we are on the Chinese to supply many of these minerals.

Nobody on either side of the political aisle would likely argue with the worthiness of the goal of the executive order, but there will surely be big differences of opinions on how to achieve it. We can't know for sure what tact the Trump administration will want to take, though some political observers believe it could want to weaken environmental regulations in the name of "streamlining leasing and permitting processes as to expedite exploration, production, processing, reprocessing, recycling, and domestic refining of critical minerals." 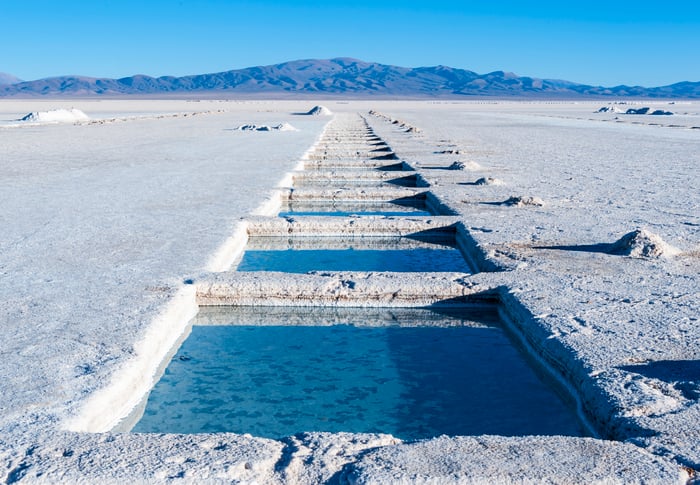 There's just one active commercial lithium mine in North America: a brine mine in Silver Peak, Nevada, which is owned and operated by Albemarle and was the first lithium brine mining operation in the world. (Albemarle also has two other sources of lithium -- Salar de Atacama, Chile, where lithium is extracted from brine, and its Talison Lithium joint venture with China's Tiangi Lithium in Australia, which is an an open-pit, hard-rock mining operation.) The U.S., which once controlled the lithium mining industry, produced just 3% of the world's lithium supply in 2015, according to Deutsche Bank, with Chile (37%), Australia (33%), Argentina (11%), and China (10%) dominating lithium production.

Parts of Chile and Argentina, along with Bolivia, form the "Lithium Triangle," a region that supplies the bulk of the world's lithium that comes from brine and contains about 54% of the world's total known lithium reserves. Australia reigns supreme in mining lithium from hard rock, or spodumene, which it ships to China for processing. Obtaining lithium from underground brine has proven to be a cheaper process than obtaining it from hard rock, which is why the U.S.'s hard-rock lithium mining industry centered in North Carolina dried up once the South American countries started tapping their immense underground lithium reserves to take advantage of the growing market for lithium. These countries, particularly Chile, have an inherent advantage in that their brine is extremely mineral-rich and their scorching desert climates and high altitudes provide an ideal environment for the solar evaporation process involved in extracting lithium from brine. This is a big reason Sociedad Química y Minera de Chile (SQM -5.12%), or SQM, the world's second-largest producer of lithium that obtains 100% of its lithium from the Atacama salt flat, is the world's lowest-cost producer of lithium.

The surge in the price of lithium over the last few years has spurred a "white-gold rush," with many junior miners in various stages of exploring the viability of mining lithium in the U.S. A good number of claims have been staked near Albemarle's Nevada brine operation, while other companies are focused on California (geothermal brine), North Carolina (hard-rock mining), Utah (oil field brine in the Paradox Basin), and Arkansas (oil field brine). Notable among these are Lithium Americas, which is exploring a new technology to extract lithium from hectorite clay at its Lithium Nevada project. The company also has a 50-50 joint venture with SQM on the Cauchari-Olaroz lithium brine project in Argentina, with production expected to begin in 2020.

We don't know how the Trump administration will go about achieving its aim of reducing the U.S.'s reliance on foreign sources of critical minerals, so it's too soon to opine about the best investment angle. The only way the U.S. has even a shot at being competitive in producing lithium, in my opinion, is by providing incentives for companies operating in the country to develop new and as-clean-as-possible technologies that are more efficient than what's now available at extracting lithium from brine, hard rock, or clay, with brine and clay likely being the best bets.