Dell went private back in 2013, bringing the tech giant full circle from its initial public offering a quarter-century earlier. Founder Michael Dell was happy to take more direct control of his company as it sought to make a transformation away from its hardware manufacturing roots toward joining the ranks of elite industry leaders offering a more complete range of tech products and services to meet all of their clients' needs.

Now, Dell is considering going public again. Its Dell Technologies (NYSE: DVMT) shares act as a tracking stock for the company's roughly 80% stake in VMware (NYSE:VMW), and although a full IPO could use another investing vehicle rather than trying to shoehorn the whole company into the currently offered shares, some other alternatives exist. If Dell does goes public, one thing some investors will want to see is a return to the impressive practice of regular stock splits that Dell pulled off. Let's look more closely at Dell to see why those who like stock splits were so impressed with the tech giant during its 25-year history as a publicly traded company.

Here are the dates and split ratios for the stock splits that Dell did in the past:

During its heyday, Dell did stock splits more frequently than nearly any other publicly traded company in the stock market. Three splits within a single 365-day period is especially impressive, and doing six splits in a three-and-a-half-year period is almost unmatched among major companies.

Yet if you look back at the market price of Dell stock at the time, you'll see the company didn't have to stretch to justify making its split moves. From 1988 to 1992, the stock quadrupled from its $8.50 IPO price to almost $40 before the company did its initial split. From there, the company moved to split shares again when the stock hit $90 in late 1995.

Less than a year after that, Dell shares traded at triple-digit values, prompting a 2-for-1 split to bring the stock price momentarily back into the $50s. Yet it took less than seven months for the post-split shares to climb above $160, prompting another move. Shares were in triple-digit prices on both occasions when the stock split in 1998. Dell was a bit faster on the uptake when it did its final split in 1999, with the stock at about $86 per share when the last 2-for-1 move took place. 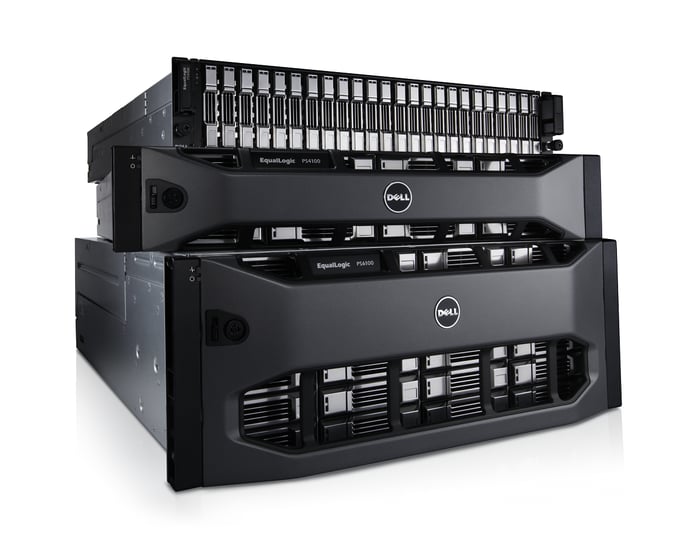 The net result was that those who invested at Dell's IPO saw their initial investment multiply dramatically. Those who bought 100 shares for a total of $850 saw their investment grow to 9,600 shares worth $43 each, or more than $412,000. It didn't take much more of an initial buy in the late 1980s to make plenty of Dell millionaires among early investors in the tech giant.

What to expect from Dell going forward

Dell Technologies hasn't done a stock split since coming out in 2016, but there's a chance the new shares could form the basis for the entire new Dell to become a public company again. Dell could do a reverse merger with VMware, combining the two entities and making VMware the surviving company. VMware has never done a stock split, either, but if accelerated growth results from a merger, then the combined entity could return to its winning ways.

Alternatively, Dell could do an IPO of new shares of stock, possibly spinning off its interest in VMware separately. In that case, investors would get pure-play exposure to Dell's non-VMware business, and it's possible the new stock would be more likely to see exponential growth that would be in line with Dell's historical stock split practices.

Investors will have to wait to see what Dell decides to do about its status as a private company. Yet many former Dell shareholders have fond memories of the PC manufacturer's old stock and the way in which multiple splits helped to bring them riches.