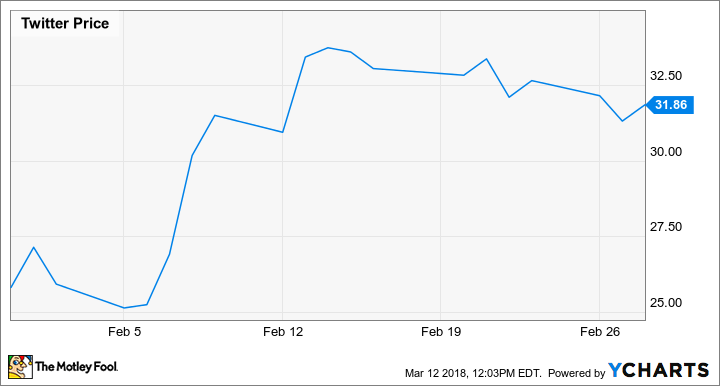 Twitter released earnings results on Feb. 8, which showed a return to sales growth and its first quarter of profitability. The results were paired with some encouraging guidance from management, and shares surged as a result of the improving outlook for the social media company. 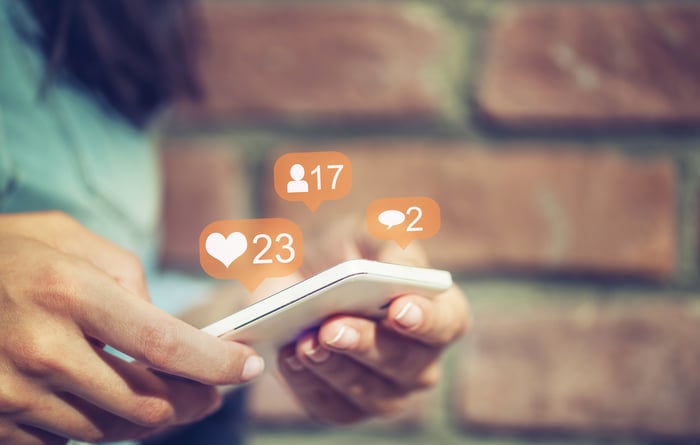 While monthly active users grew just 4% year over year in the quarter ending in December, daily active users climbed 12%, indicating that the service's user base is becoming more engaged. Ad engagement climbed 75% compared to the prior-year period, reflecting increased user click-through rates and the benefits of shifting toward video-based advertisements.

While ad engagement saw a dramatic uptick, the cost to clients actually declined substantially -- down 42% year over year. If Twitter can continue to drive ad click-through while also keeping prices low for advertisers, the appeal of doing business on the platform will only continue to rise.

The company also sees a long-term growth opportunity in its data licensing and enterprise segment, and an 11% year-over-year sales increase in the fourth quarter combined with management's comments that a significant number of new deals have recently been signed shows momentum on that front. Twitter is making some commendable progress, but the stock's big run-up over the last year also makes it a riskier investment. Shares are valued at roughly 10 times forward sales, revenue is growing at a slow clip, and there's a limit to how much cost-cutting can be done at the company.