Once considered a dying apparel brand, Abercrombie & Fitch staged a remarkable resurgence over the past 12 months as its stock rallied 85%. That rebound was fueled by two straight quarters of annual revenue growth, breaking a multiyear streak of top-line declines. Its profit growth, which was previously threatened by markdowns, also stabilized.

Do those positive trends make Abercrombie a rare comeback play in the tough apparel market? Let's take a closer look at the bull and bear cases to find out. 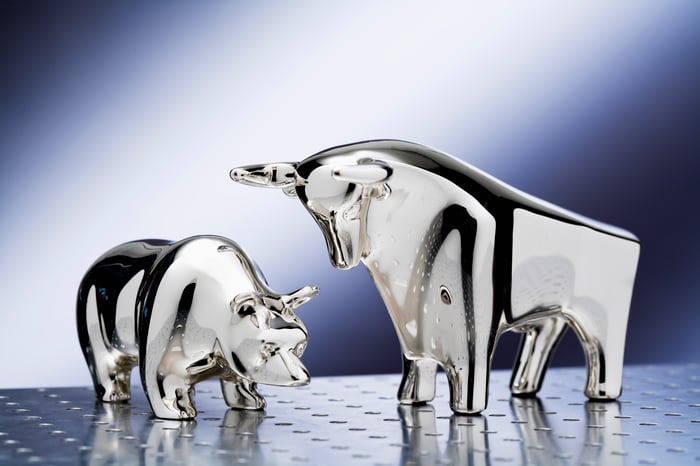 What the bulls think

Abercrombie's comparable-store sales bounced back sharply over the past two quarters, thanks to an impressive turnaround in its Hollister brand.

Hollister is now Abercrombie's largest brand. The company attributes its renewed strength to a strategic focus on young adult shoppers, marketing activities across the music, video, and gaming industries, and the use of social media influencers.

In addition, Abercrombie remodeled Hollister store interiors and launched new A&F prototype stores to reinvigorate consumer interest in both brands. A&F also launched "This is the Time," a new marketing campaign, to "reset and reshape expectations and perceptions of the brand." 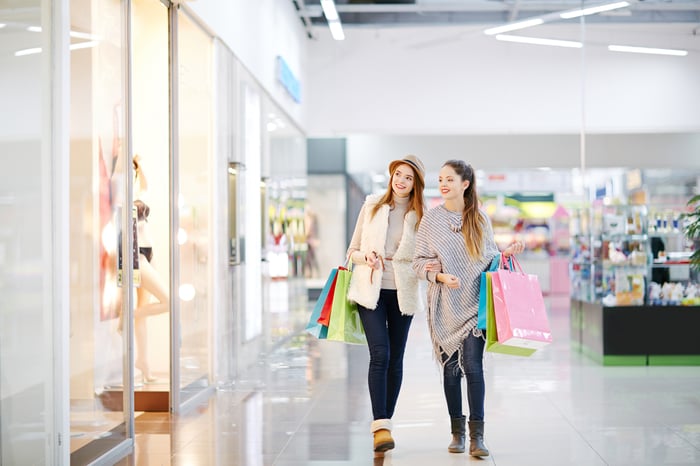 Abercrombie has also closed more than 400 stores since 2010, while pivoting heavily toward digital and direct-to-consumer channels. It reported record digital sales across all brands last quarter and expanded its e-commerce footprint in China by launching A&F on Alibaba's Tmall.

As Abercrombie slims down its brick-and-mortar presence and refines its brands, its earnings are improving. Its adjusted non-GAAP net income rose 91% annually to $97.2 million last quarter, as its adjusted earnings per share shot up 94%.

Analysts expect A&F's revenue and earnings to climb 2% and 19%, respectively, this year. The stock also pays a hefty forward dividend yield of 3.7%, but it hasn't hiked that payout since 2013.

A&F certainly looks better than it did under former CEO Mike Jeffries, who resigned in late 2014. Its new CEO, Fran Horowitz-Bonadies, took over in early 2017 and is clearly determined to make A&F and Hollister appeal again to younger shoppers.

But here's the problem: A&F's valuations aren't justified by its growth. Simply juxtapose A&F's projected growth and valuations with two of its mall-based rivals, Gap and American Eagle Outfitters.

These figures indicate that it would be smarter to buy either Gap or AEO instead, since both companies have comparable growth estimates with lower multiples.

Compared to most of its rivals,  A&F still has weaker operating margins. This means that if the retail apparel market swoons again, markdowns could knock A&F's bottom line into the red much easier than rivals like AEO and Gap. 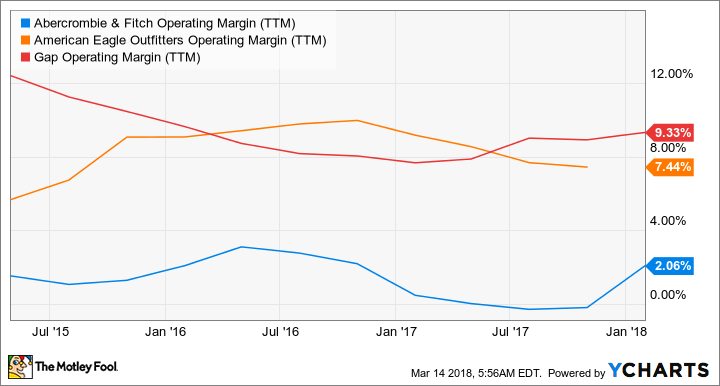 Abercrombie & Fitch certainly improved its business over the past year, and the company no longer looks like the next Aeropostale or American Apparel.

However, the stock's rally exaggerates the degree of the turnaround, to the point that it trades at an irrational premium to its stronger peers. Therefore, I wouldn't buy A&F stock unless it significantly pulls back.