Stocks posted modest gains on Friday, with the Dow Jones Industrials rising about 70 points even as broader measures of the market had smaller gains on a percentage basis. Many investors seem to be in a holding pattern pending the next meeting of the Federal Open Market Committee, which is scheduled for the middle of next week. Most are prepared for another interest rate increase at that meeting, but they'll also be looking for guidance as to how quickly any future rate hikes could come. In the meantime, individual stocks dominated investors' attention today, and some companies had bad news that sent their shares downward. Kratos Defense & Security Solutions (NASDAQ:KTOS), Bitauto Holdings (NYSE:BITA), and Rockwell Medical (NASDAQ:RMTI) were among the worst performers on the day. Here's why they did so poorly.

Shares of Kratos Defense & Security Solutions fell 11% after the company became the target of a short-selling hedge fund. Ben Axler at Spruce Point Capital Management issued a strong sell opinion on the stock, with a long-term price target of $3.50 to $7 per share amounting to a potential 40% to 70% drop from where Kratos started the day. The report criticizes Kratos for changing its fundamental strategy several times over the past 20 years, and raises concerns about management's likelihood of success with its current plans to grow revenue and free cash flow. While some investors believe that the potential rewards could be worth the risk, traders in Kratos shares weren't excited about fighting back against a well-known short-seller. 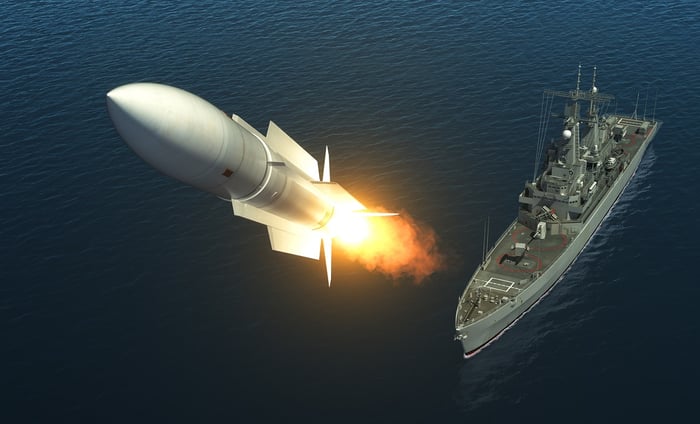 Bitauto Holdings stock dropped another 11%, adding to its losses from earlier this week. On Thursday morning, the Chinese online car-shopping platform provider saw its shares plunge following a fourth-quarter financial report that featured falling adjusted net income and projections for far slower growth rates in revenue for the current quarter than investors had expected. Fundamentally, many investors remain optimistic about the prospects for the business, especially in light of the size of the burgeoning automotive market in China. Yet with today's drop, Bitauto has lost half its value since last October, showing another example of the volatility among Chinese stocks lately.

Finally, shares of Rockwell Medical fell 10%. The biopharmaceutical company released its fourth-quarter financials, which included an 11% rise in revenue but wider net losses than it suffered in the year-ago quarter. Rockwell had anemia therapy Triferic approved by the U.S. Food and Drug Administration back in 2015, but it's had difficulty in convincing healthcare payment authorities to offer proper reimbursements for the treatment. Triferic has gotten a good reception from dialysis patients, and CEO Robert Chioini said that "data reported via our drug sample program has shown positive patient outcomes and cost-saving benefits, giving us further confidence that Triferic should be widely adopted if separate reimbursement is granted." Until that happens, though, some investors will remain nervous about the company's prospects.