It looked like NVIDIA (NASDAQ:NVDA) would run away with the GPU (graphics processing unit) market by steamrolling Advanced Micro Devices (NASDAQ:AMD) with a superior product line-up. But the latest market share numbers from Jon Peddie Research indicate that AMD can punch above its weight.

The two graphics specialists have been engaged in a bitter war for GPU market share, and AMD had the upper hand toward the beginning of 2017. However, its Vega graphics cards turned out to be disappointing. They consumed more power, didn't deliver enough performance gains, and weren't priced competitively enough. Still, AMD managed to make gains against its larger rival during the holiday quarter. Let's see what happened and why. 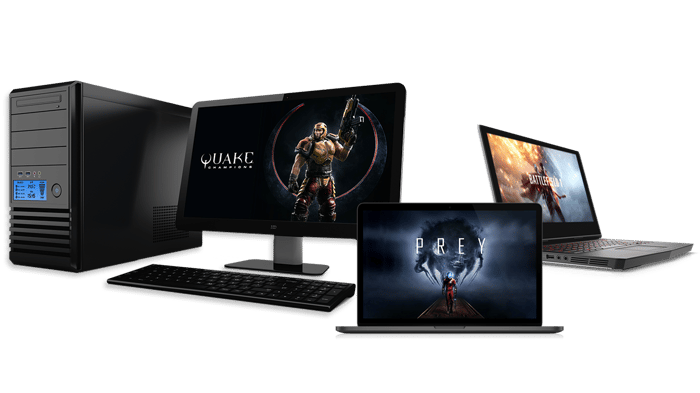 AMD's discrete GPU market share expanded to 33.7% during the fourth quarter, up from 29.5% in the prior-year period, with NVIDIA commanding the rest.

This growth in AMD's business, despite an unappealing product line-up, seems surprising at first glance. But a closer look at this space explains why the chipmaker made so much progress. By now, it's well-known that GPUs are playing a crucial role in the mining of cryptocurrency, and this has turned out to be a big catalyst for AMD.

In fact, Jon Peddie estimates that cryptocurrency miners bought more than three million discrete GPUs last year worth $776 million. AMD is touted to be the biggest beneficiary of this demand, as NVIDIA made a conscious decision to shift its focus toward gamers. The prices of graphics cards were shooting through the roof as most of the supply went toward satisfying cryptocurrency demand, leaving limited inventory for actual gamers.

As such, NVIDIA reportedly told its retail partners to give preference to gamers instead of miners when selling GPUs by limiting the number of units that can be purchased at one time. This likely pushed that demand in the direction of AMD. In fact, crypto mining could have added anywhere between $75 million and $100 million to its revenue during the third quarter of 2017, according to available estimates.

Why AMD still has room to run

So while NVIDIA kept the interests of the gaming community in mind, AMD catered to the cryptocurrency market by offering special GPU drivers for mining last year. And the company recently announced that it's going to replenish thin GPU supply by ramping up production.

As AMD tries to take advantage of this new demand, recent trends in GPU sales indicate that the momentum will work in its favor. Last quarter, mid-range GPUs accounted for 51.7% of total shipments, a substantial increase from the 41.5% share seen during the year-ago period.

By comparison, high-end GPU sales increased only 4.5 percentage points year over year. The greater appeal of mid-range graphics cards makes sense when top of the line offerings like AMD's RX Vega 64 graphics card, which originally cost $500, sells for over $1,000 at major retailers like Newegg and Amazon. The same goes for NVIDIA's flagship GTX 1080 Ti -- originally priced at $700, units are selling for close to $1,000 online.

As AMD directly pursues business from the cryptocurrency miners by releasing specialized drivers and not placing any restrictions on sales, it has the opportunity to continue winning market share as the year progresses. But is this heightened demand here to stay?

Saxo Bank analyst Kay Van-Petersen, who correctly predicted last year's massive rise in Bitcoin prices, forecasts that there is much more upside to be had this year. If more miners join this digital gold rush, the increased GPU demand should pave the way for AMD to catch up even further to NVIDIA.