Nike (NYSE:NKE) is set to report its fiscal third-quarter results after the market closes on Thursday, March 22. Investors didn't get the sales growth rebound news they were hoping for in the sports apparel giant's last report, but there are good reasons to expect improving trends this time around.

Here are a few key metrics to keep an eye on in Nike's upcoming announcement. 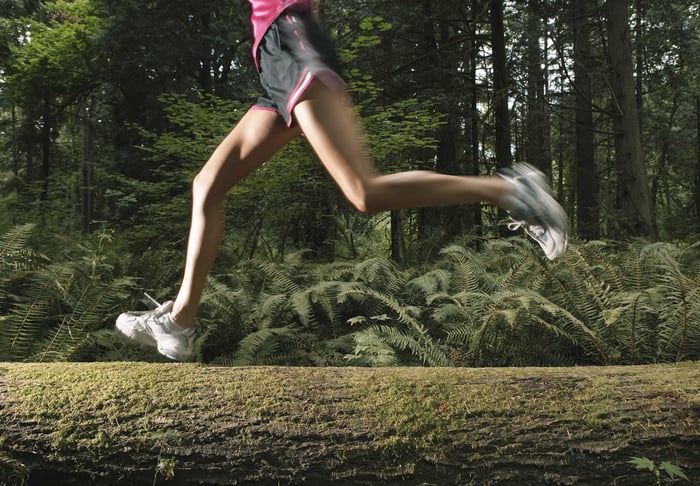 Nike gets less than half of its revenue from the U.S., making it much less dependent on this weak geography than rival Under Armour, which generates 75% of its business from the domestic market. The U.S. is still important to the sports giant's results, though, and so it was disappointing to see sales decline by 5% in the prior quarter, following a 3% drop in the fiscal first quarter. The good news is Nike made progress at reducing inventory, so its network of retailers should have faced reduced pressure to cut prices over the past few months.

In fact, CEO Mark Parker and his team said back in December that firming demand trends should allow the U.S. business to stabilize over the next two quarters. Booming digital sales will help that process, and so will a set of new product introductions that management described as Nike's most aggressive release pipeline yet. On the other hand, if the U.S. segment continues posting lower sales and reduced profitability, executives might have to extend their rebound hopes into (at least) fiscal 2019.

It's clear why Nike is leaning so hard on international markets to offset any weaknesses at home. That division outperformed expectations last quarter to lift overall sales by 4%, for one. China was the standout segment, too, with revenue jumping at a blistering 15% pace.

Solid earnings across these geographies also allowed gross profit margin to come in higher than expected, dipping by 1.2 percentage points compared to a 1.8-percentage-point slump in the prior quarter.

It wouldn't be an exaggeration to say that Nike has optimistic international growth plans, especially in China. That country will eventually reach 10 times the size of its addressable market in the U.S., management estimates.

For the quarter that just closed, meanwhile, investors should expect revenue to grow in the low to mid-teen percentage range in the China division to help overall sales accelerate modestly from the prior quarter's 5% increase.

Nike issued an aggressive growth plan back in October that calls for healthy sales gains and improving profitability over the next few years. While warning about persistent weakness in the U.S. retailing segment, executives said they believe the company can win here with help from a booming direct-to-consumer business, all while pressing its advantages in high-growth developing markets. 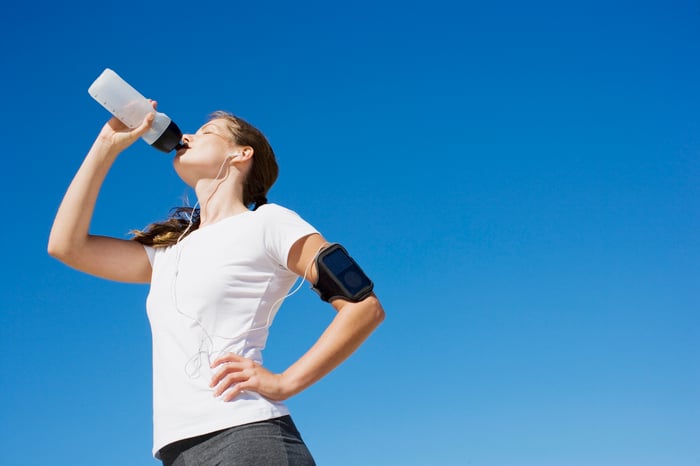 A lot is riding on the newest influx of product releases, though. The refreshed VaporMax and Air Max running platforms, for example, should drive several billion dollars of revenue growth over time, and they join dozens of innovations Nike has either recently released or is planning to launch in the next few months.

We'll find out on Thursday whether this packed product pipeline is starting to resonate with consumers. If it is, then investors should see hints of the stabilization in the U.S. market that would mark an important step toward Nike's goal of faster sales and profit gains between now and 2020.