Two years ago -- as Tesla (NASDAQ:TSLA) missed yet another production target -- CEO Elon Musk admitted that the company had shown "hubris" by designing its Model X SUV with too much new technology. Since then, Tesla has managed to get Model X production up to speed. It even met an ambitious goal of introducing the more affordable Model 3 sedan by 2017.

However, hubris seems to creeping in again. Despite the on-time launch of the Model 3, Tesla has fallen far short of its production goals. Furthermore, management has reacted by making a dubious bet on creating a fully automated factory to enable mass production of the Model 3 and future vehicles.

At this time last year, Tesla planned to produce 5,000 Model 3s per week by the end of 2017. It hasn't come close to that target. In fact, it only built half that number of Model 3s in the entire fourth quarter. Tesla hasn't been able to ramp up Model 3 production as fast as it had planned. Image source: Tesla.

Tesla did take some downtime on the Model 3 production line late last month, so that it could increase automation and address production bottlenecks. However, there hasn't been any sign of a big production rate increase in the past few weeks.

During the company's fourth-quarter earnings call, Tesla executives spoke at length about a plan to completely reengineer the company's production process. Tesla aims to use its vertical integration and its recent focus on product simplification to enable a dramatic increase in the production line's speed.

The ultimate goal is to build vehicles dramatically faster than any automaker does today. Musk even said that the factory and the new production process would be Tesla's sustainable competitive advantage, rather than the design or performance of its vehicles.

Auto analyst Brian Johnson tried to probe management on how Tesla's thinking differed from Toyota's (NYSE:TM) famous Toyota Production System, which is considered the gold standard in the auto industry. "Automation" seemed to be the answer. Whereas Toyota has mastered the art of just-in-time manufacturing, Tesla wants to automate everything. In theory, the only thing that people would have to do on the factory floor is maintain the robots. 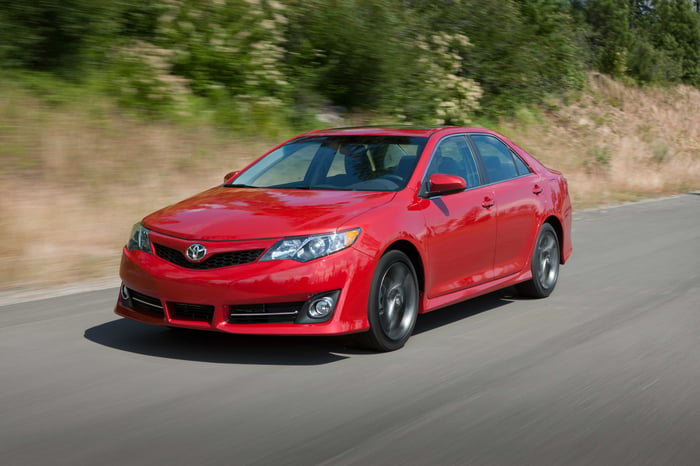 Yet this isn't the first time that an automaker has tried to rely on automation to reduce costs. The previous attempts have all failed -- including at Toyota. Auto manufacturing is inherently complex once vehicles are offered with multiple colors, option packages, etc. and built at a pace that varies with demand. Management theory suggests that a complex, uncertain environment like this requires a flexible, decentralized approach that isn't possible in an automated system.

Moving beyond its core competence

Tesla bulls would probably argue that you shouldn't bet against Elon Musk. Given Musk's proven success in multiple industries, it's certainly possible that he and his deputies can create an innovative automated production system that revolutionizes auto manufacturing.

On the other hand, manufacturing is an area where Tesla hasn't displayed even basic competence, let alone excellence. Aside from routinely missing production schedules, it has also been dogged by numerous reports of quality lapses. Just last week, a CNBC report alleged that up to 40% of the parts made or received at Tesla's Fremont factory have flaws that need to be fixed.

Tesla disputed some aspects of that story. It noted that remanufacturing of flawed parts is a process that every automaker performs. The company also said that it has a rigorous quality control process so that defects are corrected before vehicles are delivered to customers. Tesla, though, never actually refuted the central claim that the initial defect rate of its parts is much higher than what automakers typically experience -- slowing production and driving up costs.

Whereas Toyota made its name by building reliable cars in a cost-efficient manner, Tesla's competitive advantage has always been its desirable brand and its focus on building electric cars that are fun to drive.

In short, there's no evidence that Tesla has any special expertise in manufacturing. Thus, it should be working to master the production techniques that have made rivals like Toyota successful. Instead, it's pursuing a moonshot that has big upside but is more likely to sink the company even further into production hell. That could be very costly for shareholders.