Let's dig into the details to get a better sense of what happened at the clothing and gear company during the period. 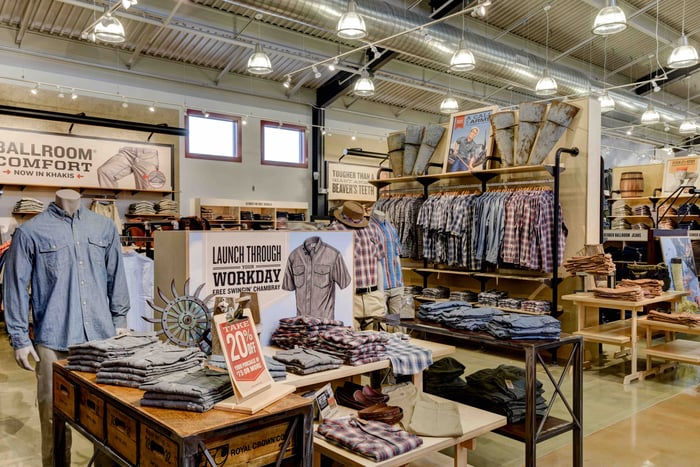 Zooming out to the full year, here's a look at the key numbers from fiscal year 2017:

CEO Stephanie Pugliese noted that this was the 32nd quarter in a row of increasing net sales. This shows that the company's growth strategy is working:

We continue to see higher sales growth in markets with an established store, which supports our long-term strategy to significantly expand our total market opportunity through continued strength in online capabilities and the full expression of the brand in a brick and mortar setting.

While these numbers look good in absolute terms, they came in shy of Wall Street's expectations. Specifically, Wall Street was expecting $588 million in revenue and $0.95 in earnings per share. In response, shares of Duluth fell by double digits on the day earnings were released.

On the call with analysts, Pugliese reiterated her plan to keep making investments in the company's omnichannel experience. Specifically, the company plans to complete work on its new order management system and make upgrades to its e-commerce platform in the first half of the year.

Pugliese ended her prepared marks on the call by stating the company is making investments today to ensure that its growth will remain strong for years:

We have a tremendous amount of runway for the future and are continuing to prove that our omnichannel model provides the strongest connectivity with our customers both current and future. Our investments this year focus on maximizing that model as well as differentiating our brand.