And for Ford Motor Company's (NYSE:F) next magic trick: It will bring the Lincoln Aviator back from the dead! The Lincoln Aviator was last seen in 2005 and, after only a three-year lifespan, was safely labeled a failure. You may have heard that Ford not only intends to bring back the Aviator, but also plans to launch an unnamed SUV by 2020, and then four more SUVs post-2020. Let's dig in to better understand what exactly this means for Ford's strategy. Hint: the strategy isn't likely aimed at you or me.

While Lincoln has actually recorded a string of stronger years in the U.S. market since 2013, it's still an underwhelming luxury brand for an automaker the size of Ford, and sales remain a far cry from its late 1990s peak. 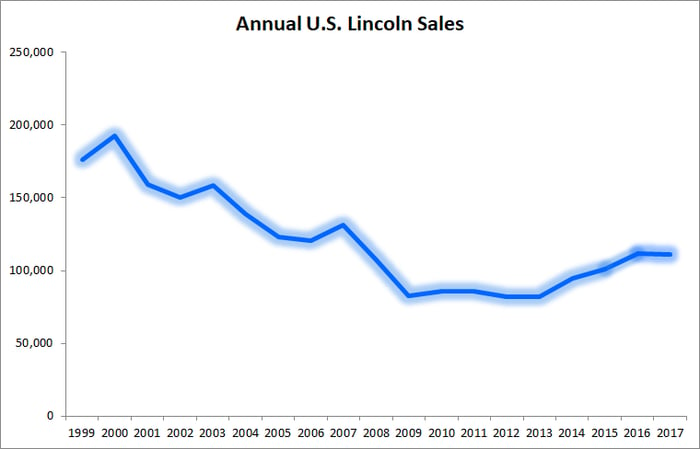 Although it varies widely how you define "luxury," the rule of thumb has generally been that luxury sales account for roughly 10% of total sales, yet generate roughly 30% of profits. It's those lopsided profits that make luxury brands so important for global automakers -- especially considering the automotive industry is extremely capital intensive, luxury vehicles simply offer a bigger bang for an automaker's buck.

Lincoln plans to show its new crossover with the reborn Aviator name at the New York auto show, and the automaker confirmed it would be based off the next-generation Ford Explorer large crossover due to hit the roads in 2019. The Aviator and the unnamed SUV launched pre-2020 could help boost Lincoln's stalling U.S. sales, but the strategy is likely aimed at China, where Ford's crosstown rival, General Motors (NYSE:GM), is watching its Cadillac brand thrive. 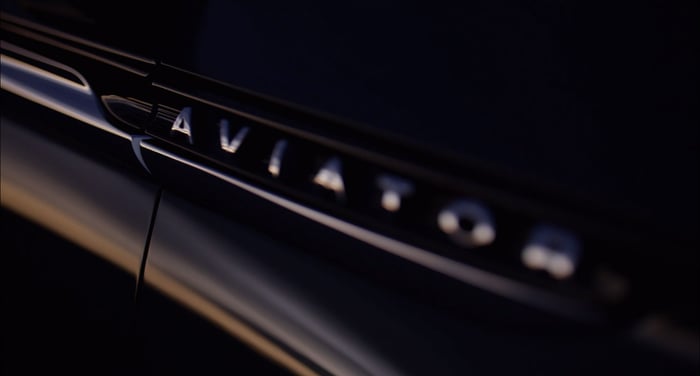 In fact, Cadillac's sales during February surged 87% to 16,850 units, which even topped its U.S. Cadillac sales volume of 12,338 units. Cadillac's strong February was no fluke as it extended its double-digit monthly sales gain streak to two full years. It's not completely fair to compare Lincoln's 2,651 units sold in China last month to Cadillac's volume, as Lincoln has only recently entered the region, but it's safe to say Ford's noticed Cadillac's success and wants a shot at those gains. If Ford can launch a handful of new Lincoln SUVs, as it plans, and sell close to as many units in China as it does in the U.S. over the next five to 10 years, that would be a massive win for the folks at the Blue Oval.

The Lincoln Aviator, and soon-to-come SUVs, will find some success in the U.S. But it's also fair to say their overall success will be determined by sales in China, and if they elevate the brand overseas. As sales peak in the lucrative U.S. market, it will be critical for automakers to figure out how to turn China into not only a growth story, but a profitable growth story, and luxury sales will be a key component. In total, Ford plans to deploy more than 50 all-new vehicles in the Chinese market by the end of 2025, including eight all-new SUVs and 15 all-new electric vehicles from both Ford's namesake brand and Lincoln.

For investors, Lincoln's growth in China and Ford's ability to capitalize on surging SUV and truck sales in the U.S. market will determine how Wall Street feels about its near-term prospects for a turnaround -- stay tuned, investors.