Understanding and analyzing businesses can be inherently complicated. If it were easy, everyone would be the next Warren Buffett. Oftentimes, however, developing simple frameworks and layering upon them will give you as much insight into a company's competitive positioning as the Wall Street whiz kid in the financial media.

Take revenue growth, for example. Broadly, a business can grow its top line two distinct ways: Sell more stuff (products or services) to your existing client base by deepening relationships; or sell stuff to more people by broadening your client base. Both strategies have benefits. But all other factors being equal, the latter is often more desirable due to the ability to deepen the relationship (the former) once it's properly established.

To handicap the long-term potential growth strategies of Amazon.com (NASDAQ:AMZN) and Walmart (NYSE:WMT), it's prudent to understand each company's approach to engage its target marginal customer: the client it has never (or infrequently) transacted with. 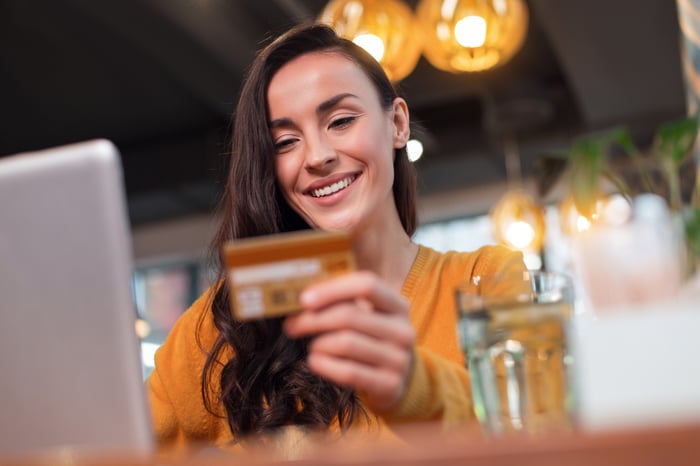 Walmart, by way of Jet.com, is looking to broaden its client base to affluent urban millennials while keeping its brand of stores focused on the bargain hunters in middle America. If that hasn't become perfectly clear in the year-plus following its Jet.com acquisition, Walmart's president and CEO of digital commerce and Jet.com founder Marc Lore has specifically outlined this customer segmentation strategy.

In Walmart's case, then, the marginal customer is the urban millennial who often is enmeshed in Amazon's sticky ecosystem. That hasn't stopped Walmart from trying: In January it partnered with Japan's Rakuten to design a line of Kobo e-readers like Amazon's Kindle line of products. Lore is looking for more acquisitions to engage tech-focused millennials in addition to working on experimental ideas like virtual reality in Walmart's Store No. 8 retail incubator.

So far, it appears Walmart's acquisition of Jet.com has been a success, but last quarter, shares sold off because of 23% year-over-year digital growth, a figure lower than analyst estimates. The company expects to grow this figure 40% in 2019, which will require buy-in from urban millennials, most likely at the expense of Amazon's growth with this demographic.

On the other side of the spectrum, Amazon is looking for ways to go downscale for its marginal consumer. It has been reported that the company is looking for multiple ways to lessen the friction for lower-income demographics to use its site. Last year the company discounted the subscription price of Amazon Prime by half for customers on government assistance and those who use EBT cards (commonly referred to as food stamps). This is a direct shot at Walmart, which estimates it gets approximately one-fifth of all food stamp spending.

Recently, The Wall Street Journal reported Amazon was in talks with JPMorgan for a potential partnership to offer checking accounts to Prime members. It's still too early to fully understand Amazon's target with this potential product, but with the company's penchant for cutting fees, it's possible this service could benefit the lower-income, underserved banking demographic, with the expectation that those customers would begin a relationship with Amazon.

A battle both can win, but Amazon is the better bet

Both companies have interesting strategies. Walmart is looking at a narrower demographic with more disposable income and most likely a longer-tailed purchasing lifetime. Amazon, on the other hand, is looking at a wider demographic with less purchasing power. Although it's likely both will succeed on some level, Amazon appears to have the more-enviable position for its marginal customer. Of course, both will continue to grow their top lines amid deepening relationships. However, look for Amazon's move for downscale customers to ultimately be more successful as e-commerce becomes more widespread among that demographic.