Cara Therapeutics (NASDAQ:CARA) could be on the verge of having its best year ever in 2018. My colleague Sean Williams ranks Cara as one of the three best marijuana stocks for aggressive investors. (Cara gets tagged as a marijuana stock because of its pre-clinical cannabinoid-receptor agonist CR701.) Like Sean, I have been generally bullish on the prospects for Cara Therapeutics.

So do I think investors should load up with this potentially high-growth stock? Well, no. In fact, my view is to not get greedy with Cara Therapeutics stock. And no, I'm not contradicting myself. Here's why. 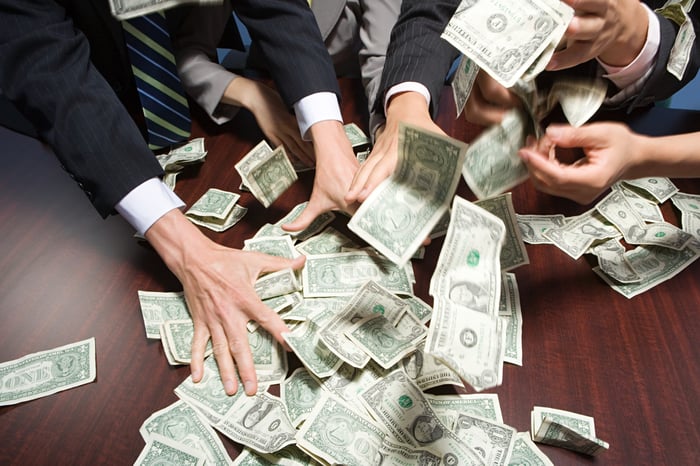 First of all, let me point out that there's a lot to like with Cara Therapeutics. The biotech claims a promising product that targets not one, but two indications with significant market potential.

Cara expects to report results from its late-stage study of intravenous CR845 in treating acute postoperative pain in patients undergoing abdominal surgery in the second quarter of 2018. CR845 is a kappa opioid receptor agonist that doesn't easily penetrate the blood-brain barrier. That means the drug has few, if any, of the serious side effects -- which include a high potential for addiction, nausea and vomiting, and respiratory depression -- experienced with opioids.

In January, Cara announced the initiation of another late-stage study of Korsuva, the brand name for CR845 in combination with kappa opioid receptor agonist difelikefalin. This study is evaluating the efficacy of the injectable drug in treatment of chronic kidney disease-associated pruritis (CKD-aP) in patients on dialysis. Cara is also conducting a late-stage safety study of Korsuva injection in CKD-aP patients on dialysis.

In addition to these studies, Cara is evaluating an oral version of Korsuva in early-stage studies for treating CKD-aP and chronic liver disease-associated itching (CLD-aP). For now, though, the company's best hopes are for the injectable version of the drug.

Both post-op pain and CKD-AP indications present great opportunities for Cara. While there are plenty of post-op pain drugs on the market, the opioid epidemic in the U.S. has physicians, patients, and payers eager to find safer alternatives. As for CKD-aP, between 60% and 70% of patients on dialysis experience itching -- and there is currently no FDA-approved therapy.

As great as its prospects seem to be, though, Cara still faces significant risks. To understand how risky the stock can be, all you have to do is look back in time.

In June 2017, Cara's share price plunged on news that an oral version of CR-845 didn't significantly reduce pain in patients compared with placebo in a phase 2b study. The only silver lining in the results was that there was some improvement in pain for patients who took a high dose of oral CR-845 and who had osteoarthritis of the hip.

Cara eventually decided to abandon plans to further develop oral CR-845 in treating pain on its own. The company stated that it instead "expects to seek partnerships and collaborations with companies with expertise in chronic pain."

This experience underscores the risks that Cara still faces. Of course, this setback was for an oral formulation of the drug in a phase 2 study. Cara's chances for an injectable version could very well be better. And its odds of success in a late-stage study are greater than for a phase 2 study.

Still, it's important to remember that many late-stage studies fail. A report published by the biopharmaceutical industry trade group Biotechnology Innovation Organization (BIO) showed that less than half of drugs in late-stage studies between 2006 and 2015 won FDA approval.

So can an investor like Cara's chances but still not think it's wise to get too greedy with the stock? Absolutely.

My view is that the biotech is likely to be successful in its late-stage studies. I also think Cara has a pretty good shot at winning FDA approval. It wouldn't surprise me if the company even finds itself the acquisition target of a larger drugmaker.

But Cara isn't a surefire winner. Because of the risks, my opinion is that investors who are bullish on the biotech should only buy relatively small positions. The Roman playwright Terence wrote more than 2,000 years ago, "Moderation in all things." When it comes to buying a clinical-stage biotech stock, that advice is definitely still relevant.