Good deals on dividend stocks are hard to find in today's market. Valuations have gotten stretched thanks to years of low interest rates, and conservative income investors have moved their money out of the bond market and into stocks in search of better returns. While quality high-yield stocks may be difficult to come by in this kind of environment, there is an alternative: Focus on growth. For long-term investors, attempting to pick growing dividend payers may be a better strategy for outperforming the market.

Below are a few dividend growth stocks I think are worth considering. 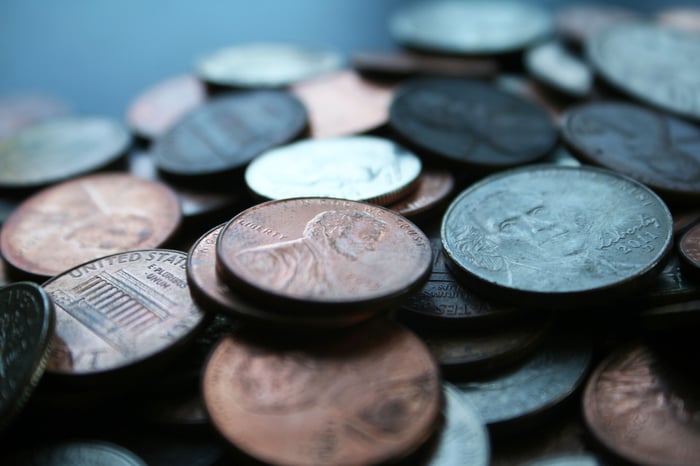 Since it joined the ranks of dividend payers in 2010, Starbucks (NASDAQ:SBUX) has raised its quarterly payout by 20% or more in each subsequent year. Over that time frame, the coffee giant's quarterly dividend has tripled from $0.10 to $0.30; if you had bought Starbucks stock back then, you would be raking in a dividend yield of nearly 10% based on its price at the time and its current payout. For buyers today, its dividend yield is 2.1%.

There's also good reason to think those aggressive dividend hikes will continue. The company should have considerable growth ahead of it as it expands in China, focuses on premiumization with its Reserve roasteries and cafes, and leverages its digital platforms with its Starbucks Rewards program and mobile order and pay option. At the company's most recent shareholder meeting, management said they expected earnings per share to grow by 12% annually over the long term as they focus on those initiatives. Assuming that forecast is accurate, Starbucks should be able to boost its dividend by at least 12% a year -- as its payout ratio is still a relatively low 55% -- and still have enough capital to reinvest in the business as needed.

Few brick-and-mortar retailers are executing as effectively today as Costco Wholesale (NASDAQ:COST). The membership-based warehouse giant has consistently put up comparable-store sales growth in the high single-digit percentages, is opening new stores, and is delivering strong e-commerce growth after initiating a free two-day shipping deal with a $75 order minimum last year for non-perishables, and partnering with Instacart to deliver perishables.

Costco began paying a quarterly dividend of $0.10 in 2004, and has lifted it by 10% or more each year to $0.50 a share today. In addition, the company has paid out special dividends of between $5 and $7 a share three times since 2012, meaning it's been much more generous than its 1.1% regular dividend yield would indicate.

The chain should be able to keep delivering solid profit growth as its membership model and price advantages help protect it from competitors like Amazon and Walmart. But what income investors should consider is that its payout ratio is still a low 30%, meaning it has plenty of room for dividend hikes. If Costco continues raising its dividend by 11% a year, it will double in less than seven years, and investors could benefit from further special dividends, too.

With the exception of two Great Recession-era years, Nike (NYSE:NKE) has raised its dividend by 10% or more every year since 2004. The Swoosh has been a top-performing stock over the last generation as it grew into global sportswear empire, though more recently, it has struggled with declining profits and sales in North America.

However, the company has made a number of moves that should set it up for long-term growth. In North America, the upheaval in the retail industry that bankrupted Sports Authority and several of its peers has presented challenges, but Nike's plan to speed up innovation and build out its direct-to-consumer selling channels seems to be paying off.  The company forecasts that its sales in North America will start growing again soon, and internationally, the brand remains strong.

The company offers a modest dividend yield of 1.2%. However, based on its track record of raising its dividend, its quarterly payout should double within seven years. With a payout ratio of just 35%, the company will have plenty of room to raise that dividend even if profit growth lags.

Like Starbucks and Costco, Nike has a strong brand and a history of executing effectively. Those qualities should help fuel its dividend growth over the years to come.