In 2014, Apple (AAPL 0.00%) CEO Tim Cook penned a missive regarding Apple's approach to privacy. In the letter Cook famously noted, "A few years ago, users of Internet services began to realize that when an online service is free, you're not the customer, you're the product." Cook was mostly looking to contrast the business model of Apple, which involves mostly making money on device sales, versus that of Alphabet (GOOG -1.62%) (GOOGL -1.81%), which often sells devices at breakeven to make money from advertising and data collection.

However, Cook drew the ire of Facebook's (META -0.39%) CEO Mark Zuckerberg, who responded in an interview with Time magazine. Without mentioning Cook by name, Facebook's CEO responded, "A frustration I have is that a lot of people increasingly seem to equate an advertising business model with somehow being out of alignment with your customers." 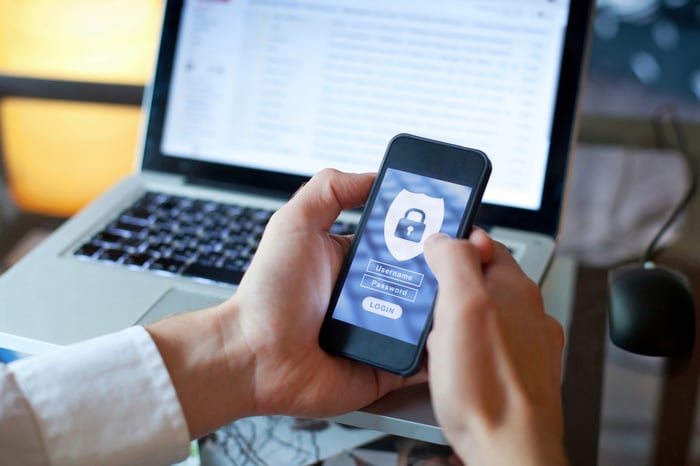 Apple may be the company most suited to benefit from Facebook's data-sharing scandal.

Facebook has a lot of data on Android users... and I mean a lot

Facebook's been in the news recently concerning its lax data sharing policies. To quickly recap, in 2015 the company allowed Cambridge Analytica to access data for approximately 50 million users via an app downloaded by approximately 270,000 people. The remainder did not give Cambridge Analytica permission, and many people are upset upon learning the data was used to form psychological profiles to influence elections, both in the U.S. and abroad.

The recent Facebook scandal may be even worse for the company. For Android-based users with the Facebook app, the company has a file that includes nearly every phone call and text message you've fired off on your phone. Due to Cook's stronger privacy stance, as noted above, Facebook does not have this information for iOS users.

Apple could be the biggest winner

It's likely the market will bifurcate on this issue and benefit Apple's stock both directly and indirectly, but the extent is unclear. For the former, it is my opinion Apple will minorly benefit as security will become more important to a small subset of smartphone shoppers, many of whom will defect from Alphabet's Android to Apple or will more firmly lock them into the iOS ecosystem. It's likely most people will not change their behavior or limit their data.

Indirectly, it could help Apple with relative valuations. In the oft-discussed "FAANG" cohort (which is Facebook, Amazon, Apple, Netflix, Google), Apple (alongside Netflix) are the two companies less affected by the debate on data usage and collection. Wholesale changes in consumer sentiment and increased regulation should affect these two companies to a lesser extent. At 13 times forward earnings, Apple already suffers from the lowest relative valuations within the cohort, and is even lower than the greater S&P 500's multiple of 17 times, so any multiple expansion would be welcomed.

For Apple investors, it's likely Facebook's data struggles are not a thesis-altering event. However, it's likely data concerns will become more important in the future and Apple is in a safer position than many other big tech companies.