Roku (NASDAQ:ROKU) says selling media players is not its end game, but rather part of a strategic play to make it a competitive alternative to other streaming media services. The appearance of the Roku Channel on smart TVs made by Samsung (NASDAQOTH: SSNLF) is the first manifestation of this grand design for growth.

Because this is but one of a number of catalysts that could bolster Roku's fortunes, investors may want to seriously consider investing in this beaten-down media company. 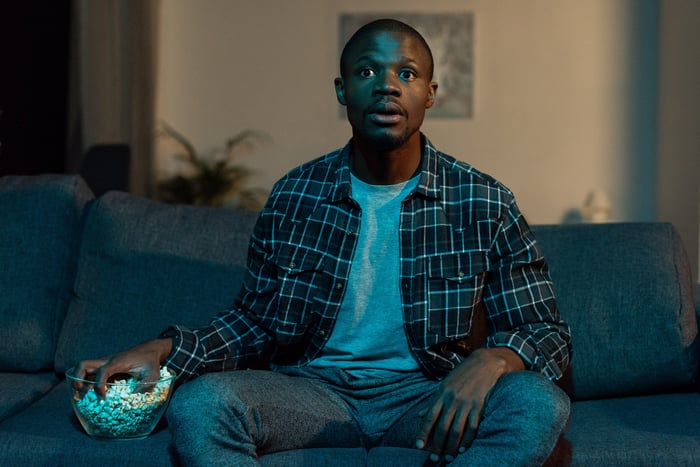 Business tilting away from hardware

Until Roku's recent announcement of its partnership with Samsung, the only way someone could view the Roku Channel was to have one of its streaming boxes. While the boxes allow users to watch video from any number of platforms, including Netflix (NASDAQ:NFLX), Amazon.com (NASDAQ:AMZN), HBO Go, Hulu, and others, their ability to keep Roku growing is limited. The hardware side of the business is merely a means to an end, not the end itself. The real goal is account growth.

Although Roku currently makes most of its revenue from hardware sales, amounting to $102.8 million in the fourth quarter, or 55% of the total, its ad-supported video platform is more profitable. Roku generated just $9.8 million in gross profit from device sales, for gross margin of 9.5%, but made $63.7 million from its platform, or 74.6% in gross margin.

That's why Roku said in its quarterly earnings press release: "Our primary focus in selling players is to increase active accounts; we are not focused on maximizing hardware revenue and hardware gross profit."

That, of course, was all from within its own device ecosystem. Expanding beyond its own branded hardware to Samsung smart TVs should help accelerate account growth and content streamed, as will moving onto other systems and platforms. None has been announced yet, but we're likely to see more such announcements.

The leader, and still growing

Last August, market analysts at Parks Associates found that more than any other streaming media device -- including those from Amazon, Apple, and Google -- Roku was the leading brand and had increased its market share with 37% of the installed base, up from one-third in the year-ago quarter. Amazon was the only other provider that saw its share rise in the period studied, from 16% to 24%. 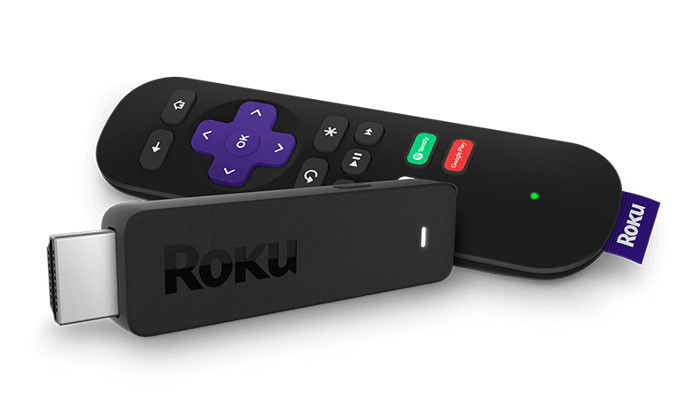 There's now a Roku device to meet every consumer price point across the spectrum, from high-end players to portable "sticks" similar to Amazon's Fire TV Stick or Google's Chromecast. And Roku is using them as a loss leader of sorts to grow its accounts base. By bringing in as many people across as many devices as possible as cheaply as possible, the company can then get them onto its platform, where it can generate revenue and higher profits from its ad-supported content.

Platform revenue more than doubled last year and now accounts for 45% of the total. Roku notes that if it was a traditional  "multichannel video programming distributor," fancy words for a company like a cable operator, it would be the third-largest distributor in the U.S. behind Comcast and AT&T, and just ahead of Charter Communications.

Losses won't be around forever

Although Roku is still generating losses at the moment -- some $63.5 million at the end of 2017 -- it's the future where the real opportunity is. Cord-cutting is resulting in an uptake in so-called "skinny" bundles, but add-on channels will have them grow increasingly fat until they look like a typical cable offering. Thus, it's in original content where the true driver lies for streaming services. Netflix and Amazon are budgeting billions of dollars toward such programming, and it wouldn't be surprising to see Roku eventually move in that direction as well.

Long before then, however, the Roku Channel will create an even stronger brand for the streaming company and give it a wider competitive moat. It also provides a way for its existing content partners to reach a broader audience and monetize their content, making them a willing partner in its expansion. Because a lot of the content is hidden within other apps on a Roku device, the Roku Channel helps bring them to the service and allow both Roku and the content-owner to monetize them.

That helps broaden the market Roku can address and will increase the amount of hours of content that's streamed, helping to increase its revenue per user even further. Last quarter average revenue per user jumped 48% to $13.78 and the greater availability could help that figure grow further.

The adoption of its services by more people who will watch more content causing platform revenue to rise should begin pushing Roku's shares higher, making its currently discounted stock a buy now.