Please ensure Javascript is enabled for purposes of website accessibility
Log In Help Join The Motley Fool
Free Article Join Over 1 Million Premium Members And Get More In-Depth Stock Guidance and Research
By Travis Hoium – Apr 3, 2018 at 7:24AM

The drop in the market was bad, but the airline sector was hit harder than most for one big reason.

Airline stocks took a nosedive Monday, along with the rest of the market, on concerns that consumers' discretionary spending on things like air travel may be squeezed in coming years. Delta Air Lines Inc. (DAL -3.14%) dropped as much as 7%, American Airlines Group Inc. (AAL -3.93%) fell 5.8%, and Southwest Airlines Co. (LUV -2.88%) slid as much as 6.1%.

China announced over the weekend that it is implementing tariffs on 128 imports from the U.S., its next move in the escalating economic conflict brewing between the two countries. A trade war probably wouldn't hurt airlines directly because fuel and labor costs won't go up in way that's tied to these tariffs. But if the actions of the two governments push costs higher for many goods in the U.S. -- from cans of soda to housing -- that could sap hurt airlines' revenues. 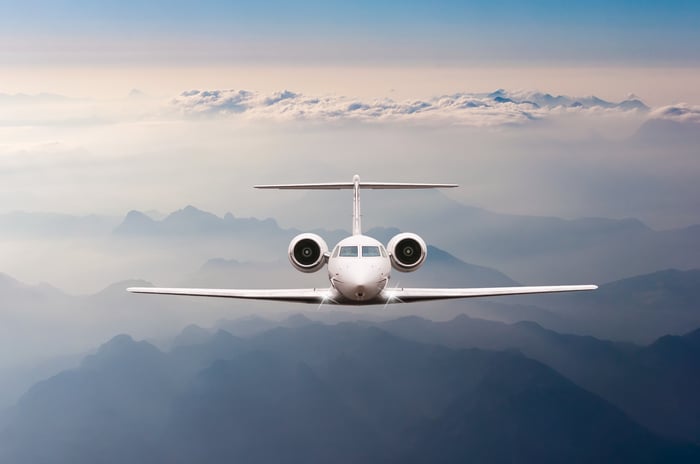 The primary thing that drove airline stocks higher during the last decade was rising demand for flights around the country, and the world, and a growing number of customers globally with the discretionary income to pay more for each ticket. It was that pricing side shift that really drove operating margins higher. 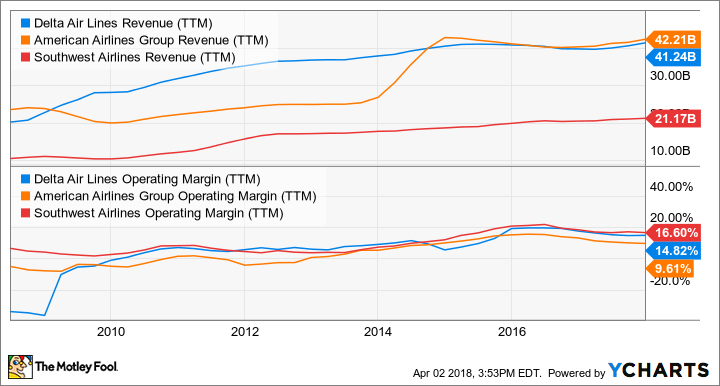 The fear among investors today is that if customers have even a little less money to spend on airline travel, it could sap demand from the industry. That would lead to more competitive pricing, lower margins, and plunging profits. To be clear, that's not what we're seeing yet -- it's what the market is concerned might come.

When to start worrying about airline stocks

Right now, consumer discretionary stocks are down more than the broader market because of concerns that a trade war will lead to rising costs that will in turn squeeze spending. That's a valid concern if the current trade skirmishes escalate into something that hurts the U.S. economy overall. Airlines in particular could be impacted by lower consumer discretionary spending because a high percentage of their costs are fixed and their revenue is also highly variable depending on demand.

Since the drop in airline stocks is part of a broader market sell-off, I wouldn't be too concerned about it right now. But investors in the sector will want to keep an eye on the overall U.S. economy's health, and on demand for airline tickets. If the economy slows and people begin spending less on vacations, we could see airline profits fall sharply and their stock prices with them. That's what to watch for long term, but it's not what we're seeing today, so panic selling isn't a good idea for smart investors.