Thursday was another good day on Wall Street, with major benchmarks climbing as much as 1% on continued enthusiasm that investors will successfully dodge some of the challenges that the stock market is facing right now. Rising interest rates, climbing trade tensions, geopolitical uncertainty, and the threat of major changes in Washington after the midterm elections later this year have all contributed to the downturn that brought about the first true correction for the market in a long time. Now, though, investors are choosing to be optimistic, with hopes that tomorrow's employment numbers will be favorable. Yet some stocks still couldn't gain ground today. Micron Technology (NASDAQ:MU), Mechel (NYSE:MTL), and Cellectis (NASDAQ:CLLS) were among the worst performers. Here's why they did so poorly.

Micron gets a bad review

Shares of Micron gave up nearly 7% after a major stock analyst company gave a poor rating to the memory chip manufacturer. Analysts at UBS initiated coverage on Micron with a sell rating, arguing that while supply has been particularly inelastic even in response to huge demand for semiconductor memory chips, the favorable conditions that have prevailed recently are likely to shift toward a cyclical downturn by the second half of 2018. Micron has seen up and down cycles before, but the biggest question is whether the industry is truly through its latest uptick in need for chips. If rising supply outpaces demand, then today's drop could be just the beginning of more painful performance for Micron. 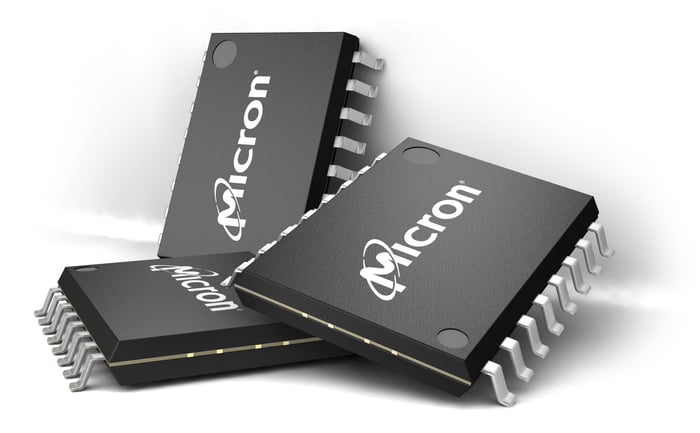 Mechel stock declined 6% in the wake of the release of the company's 2017 financial results. The Russian steelmaker said that revenue for the year climbed 8% from 2016 levels, helping to lift net income by more than 60%. Metallurgical coal helped Mechel thrive during the period, but the company's steel division had to overcome much more difficult conditions, including high raw materials costs and a competitive pricing environment. Yet investors didn't seem quite as happy about Mechel's production numbers, which included a 9% drop in coal production and a 1% drop in pig iron. With a lot of attention on global steel tariffs, Mechel might well end up in a position in which it suffers from being stuck in the middle of a trade war.

Finally, shares of Cellectis dropped almost 13%. The CAR-T immunotherapy specialist said that it had priced a secondary offering of stock, with 5.65 million American depositary shares priced at $31 per share. Cellectis has held its own relatively well since getting bad news late last summer that the U.S. Food and Drug Administration had put a clinical hold on one of its key candidate treatments. Yet as often happens with companies that are in high-cost research and development industries, Cellectis needed to raise capital in order to fund its continued clinical trial costs, and shareholders weren't happy about the resulting dilution to their potential gains if things go well for the company in the future.