As I described in a previous article on Nutanix's February performance, the company's fiscal 2018 second-quarter results (three months ended Jan. 31, 2018), released on March 1, propelled its shares on their steep trajectory. To recap, the organization booked robust double-digit increases in both revenue and billings. Nutanix's top line jumped 44% in comparison to the prior-year quarter, to $286.7 million, while billings rose 57% to $227.4 million.

The company's diluted net loss per share decreased on a year-over-year basis. Nutanix lost $0.39 per share, versus $0.54 in the first quarter of 2017. Free cash flow (an important measure to watch in fast-growing software companies which post losses) improved to $32.4 million, versus $7.1 million a year earlier.

Nutanix also impressed on several key customer metrics. Cumulative end customers reached 8,870 during the quarter, representing an expansion of nearly 65% against the prior year. And the organization's yield on its most important customers appears to be ramping up. Since the beginning of the fiscal year, Nutanix's cumulative customers with lifetime spends exceeding $1 million has jumped by one-third, to 541. Another way to interpret this statistic is that roughly 6% of Nutanix's customer base are significant lifetime purchasers, speaking to the quality and future potential of the company's revenue base. 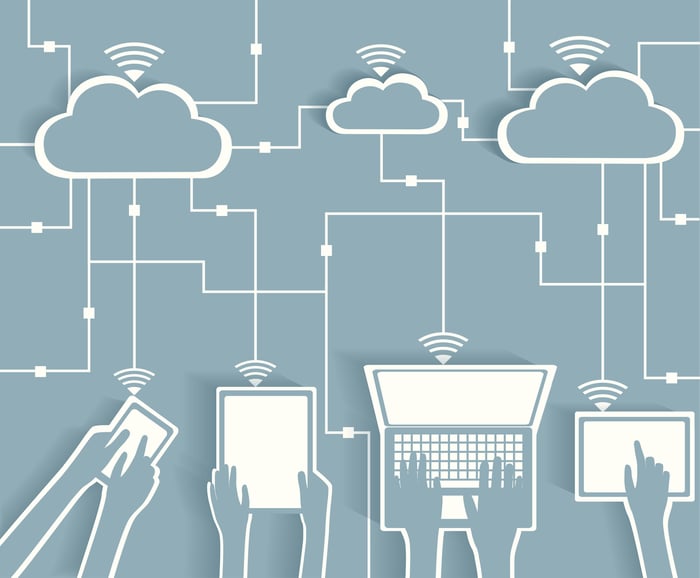 In other news during the month, Nutanix announced the acquisitions of Minjar, Inc., which provides visibility into customer workloads running in public clouds, and Netsil Inc., which provides application discovery and operations management in distributed cloud environments. The company did not disclose financial details for either transaction, so shareholders will likely have to wait until next quarter's earnings report for the size of the deals.

Late in March, some of the company's share-price momentum diminished, when analysts from Goldman Sachs removed Nutanix from their "conviction buy list," thus downgrading the stock to a mere buy rating. However, given the strong market for Nutanix's enterprise offerings and its healthy customer yield, investors with long holding periods are likely to see no reason to remove these shares from "conviction buy" status in the near future.